The December 17th rematch between Tony Bellew and David Haye is off after the latter suffered an injury in training. 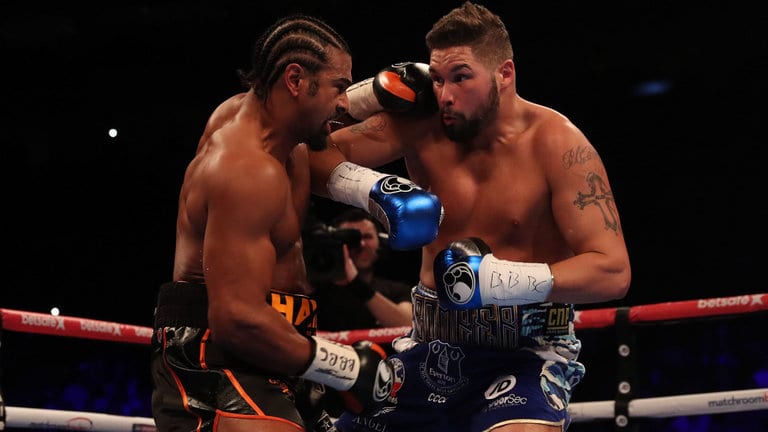 The much-anticipated heavyweight rematch between Tony Bellew and David Haye has been postponed after an injury suffered by Haye in his preparations for the bout.

Bellew vs. Haye II was scheduled to take place on December 17th in The O2 in London — the same venue where Bellew defeated Haye by 11th round stoppage after the latter suffered a ruptured Achilles tendon a few rounds prior. This time around it’s an arm injury which has put paid to the bout, reportedly suffered by Haye while skipping rope.

Matchroom Boxing, the promoter of the bout, has said that the rematch will now take place on either 24th March or 5th May next year. The December 17th bout in The O2 was a sell-out.

Haye, a former world heavyweight & cruiserweight champion, has a long history with injury. In the summer of 2011, an injury to his big toe was cited as being a reason for losing his WBA heavyweight title to Wladimir Klitschko.

Various injuries also forced the cancellation of bouts Haye was scheduled to have against Tyson Fury in both 2013 and 2014.

As per the Independent, Tony Bellew claimed in the lead-in to their first meeting that David Haye’s body would “break down” on him either in camp or in the ring — a claim which appears to have ring true now on more than one occasion.