‘I’m not a cheater’: Greg Hardy comments on incident that led to UFC debut disqualification

Hardy cited the amount of times he has sacked Tom Brady fairly as evidence of how he plays by the rules. 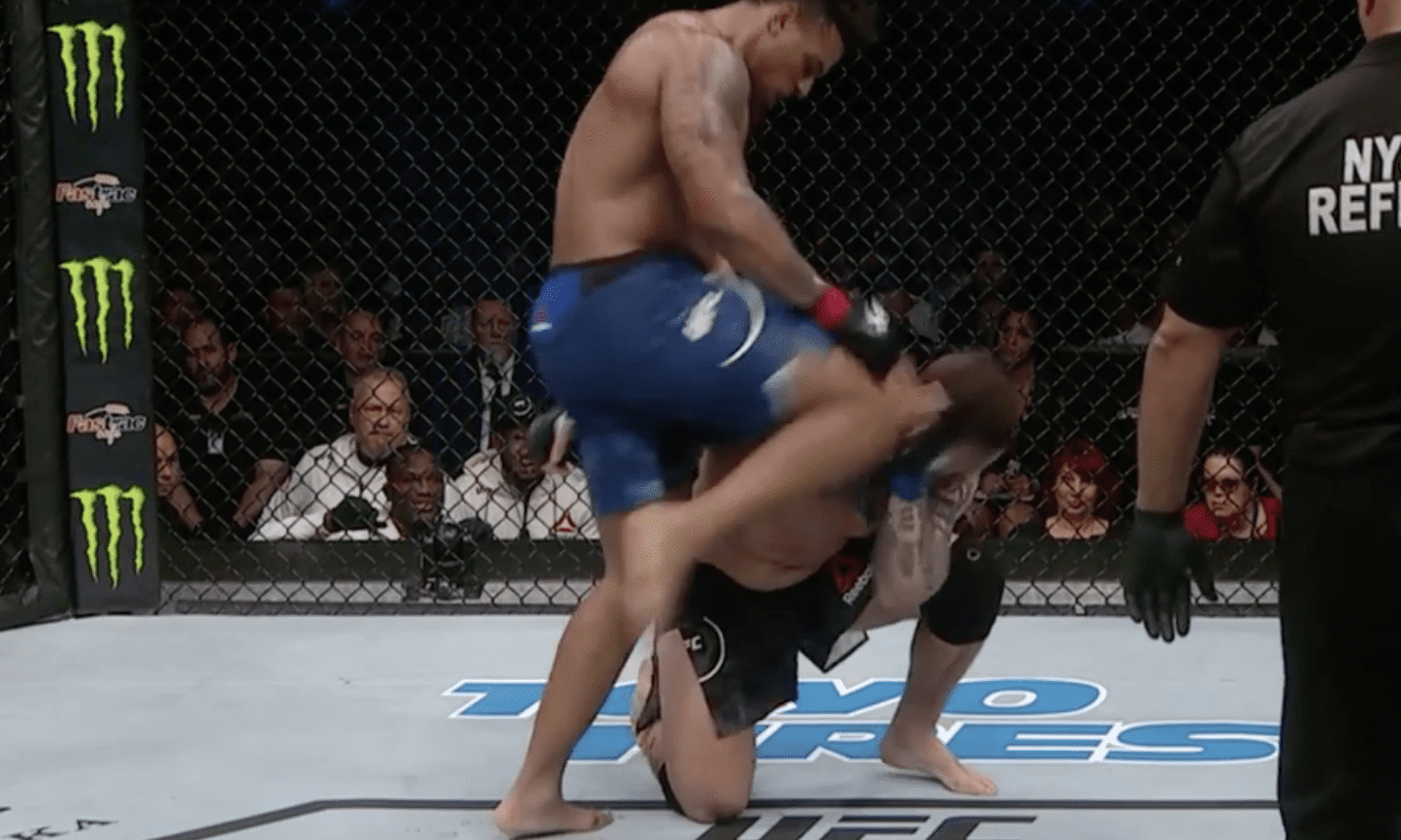 After the swathes of controversy which surrounded former NFL player Greg Hardy’s UFC debut on Saturday night, it almost seems fitting that the finish to the fight continued in that very trend.

Hardy, who had won all three of his professional bouts inside the first minute of the first round, appeared somewhat out of ideas once the first 60 seconds had expired and his opponent, Allen Crowder, grew in confidence at about the same rate in which Hardy’s evaporated.

Then, in the second round and following a sustained period of pressure from Crowder, Hardy threw a clearly illegal knee to his downed opponent which prompted the referee to immediately call the bout, assessing that Crowder was unable to continue and awarding him the bout via DQ.

Hardy was as crestfallen as he was tired, and has since commented to the media to deny that he deliberately breaks rules.

Greg Hardy: “I’m not a cheater. Go ask Tom Brady if I ever cheated all the times I sacked him. 30 years of life, never once have I cheated.” #UFCBrooklyn

“I’m not a cheater,” Hardy said post-fight as quoted by Mike Bohn. “Go ask Tom Brady if I ever cheated all the times I sacked him. 30 years of life, never once have I cheated.”

Following the fight, UFC President Dana White confirmed that Hardy will get another shot in the UFC.