‘I’ll knock him out in the fourth’: Alexander Gustafsson calls his shot for Jon Jones rematch
Press enter to begin your search
MMA

‘I’ll knock him out in the fourth’: Alexander Gustafsson calls his shot for Jon Jones rematch

Alexander Gustafsson intends to make his mark against Jon Jones later this year. 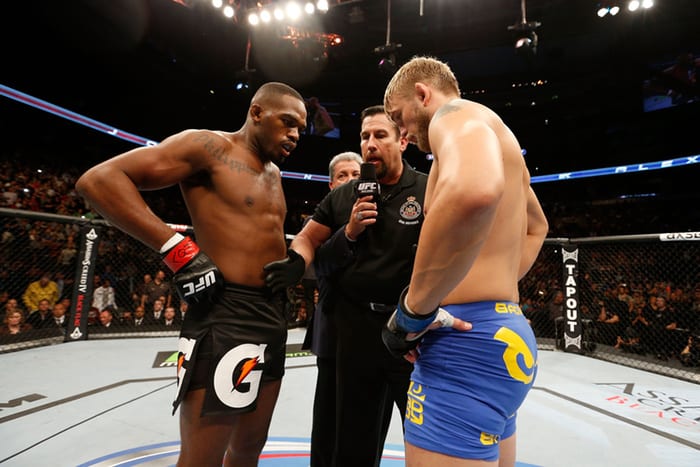 The sequel to one of the greatest light heavyweight contests in mixed martial arts history will take place at year-end but Alexander Gustafsson, perhaps the man who has come closest to defeating Jon Jones in the latter’s all-conquering career, says that the result will be a whole lot more conclusive this time around.

In their original meeting back at UFC 165 in September 2013 Gustafsson was edged out on the scorecards but so close was the bout that many observers suggested that it could have gone either way. The Swede, not usually known for his wrestling prowess, became the first man to take Jones down in his UFC career but ultimately it was the nous of the then-champ (along with a particularly potent spinning elbow) which proved the difference.

However, that was five years ago. Jones has endured a seemingly never-ending series of mishaps outside of the cage since that bout and questions remain if, once his career resumes, he will be the same force as he was when he was scything through competition at 205-pounds.

Gustafsson is confident. Speaking at a media engagement in Sweden, via MMANYTT, ‘The Mauler’ said that he will leave no uncertainty this time.

“I’ll knock him out in the fourth,” he said of Jones. “Jon Jones’ head will bounce off the canvas in the fourth round.”

“I don’t have the same respect for Jones as I did five years ago,” he added, referencing Jones’ recent history.

Gustafsson will meet Jones in the UFC 232 main event for the vacant UFC light heavyweight championship on December 29 inside the T-Mobile Arena in Las Vegas.