‘I love people doubting me’: Alexander Volkanovski determined to upset the odds at UFC 284
Press enter to begin your search
MMA

‘I love people doubting me’: Alexander Volkanovski determined to upset the odds at UFC 284 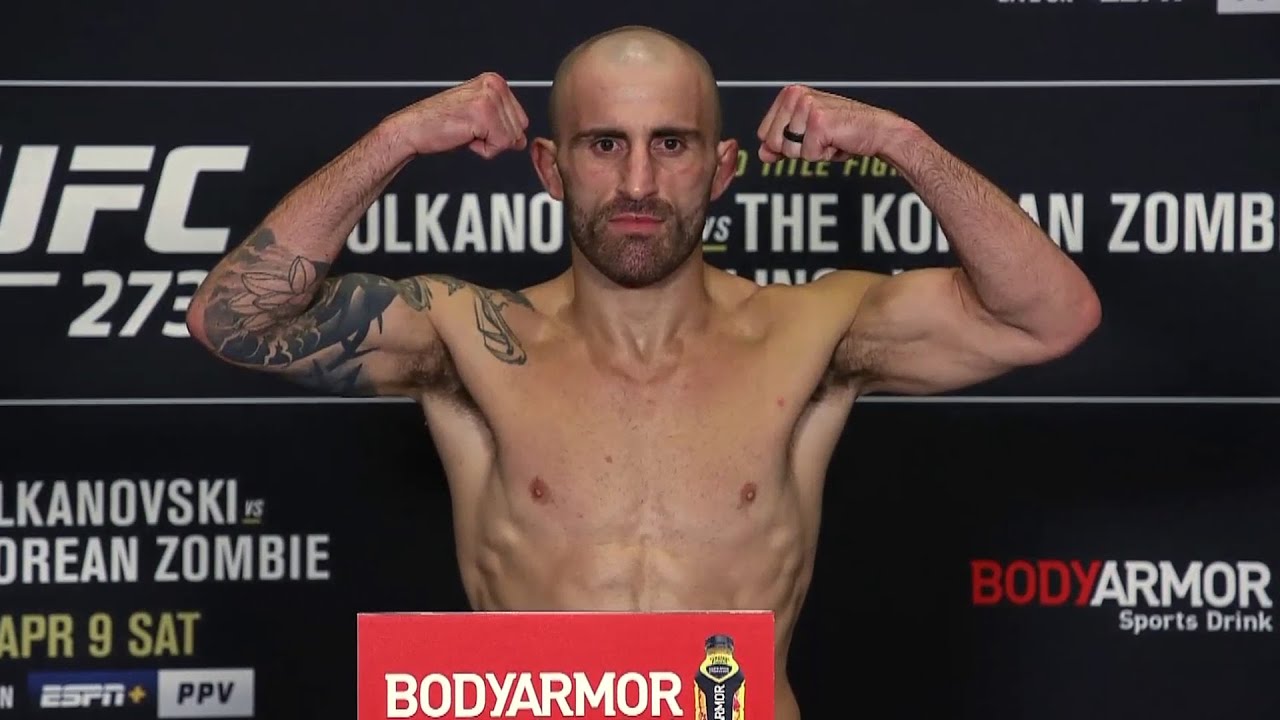 The UFC’s list of double-champions is a very short one but the world’s top pound-for-pound fighter, Alexander Volkanovski, is convinced that he can have his name listed alongside the likes of Conor McGregor and Daniel Cormier in having two gold belts draped across his shoulders.

The Australian, 25-1 in his career and unbeaten in the UFC, moves to the 155-pound division on February 11 where he will seek to add the 155-pound strap to the featherweight title he already holds when he fights the UFC’s newly-crowned lightweight champion Islam Makhachev.

Not only if Volkanovski taking on the unique style of Dagetani wrestling which has proved so difficult to contain in the Octagon thus far, he is facing a legion of doubters who suggest that this is a mountain he cannot climb.

But according to Volkanovski, he wouldn’t have it any other way.

“No disrespect to them, but that’s why this fight is so big to me,” he said on Michael Bisping’s ‘Believe You Me‘ podcast, via MMA Fighting.

“It’s the Dagestani wrestling, no one can figure this out, they’re on a roll and all that. Khabib’s there. Islam, what he’s been doing his last few fights. All that. I was chasing the champ-champ, that’s what motivated me before I knew who I was fighting. As soon as Islam won and the people talked, something was just like, bang, that’s all that I cared about is taking out Islam.

“It wasn’t even disrespect. All that stuff just made this fight so much bigger. Me accomplishing this goal — not only the champ-champ, it’s obviously going to be incredible, having two belts — but not just that. It’s, while doing that, taking out someone like Islam.

“Especially being a featherweight going to move up to lightweight, then fighting not only any lightweight, you’re going to Dagestani-wrestling Islam who’s known to just walk and control and throw around all these lightweights. ‘How’s Alex going to deal with that?’

“This just makes when I get my hand raised, it just makes it so much bigger. So that’s what’s motivating me right now, the fight itself. It’s going to be extra special getting both belts on them shoulders, but [also] who I’m taking out in the process.

“But I was really chasing him because you knock off your goals, what’s next, what’s next, the champ-champ’s next, but as soon as it was Islam and people telling me — I love people doubting me.

“Seeing people, like, ‘He’s going to be too big, too strong,’ and all this. The challenge, the opponent that I’ve got, that excites me more. Going for this champ-champ and taking out someone like Islam is really what people are going to remember. A lot of people think he’s unstoppable right now, but I’m going to show you that he is stoppable and I can’t wait to go out there and do my thing.”