‘I believe I deserve a title shot next’: Leon Edwards has no interest in Belal Muhammad rematch, calls for bout with champion Usman - MMA - TheMacLife
Press enter to begin your search
MMA

‘I believe I deserve a title shot next’: Leon Edwards has no interest in Belal Muhammad rematch, calls for bout with champion Usman

Leon Edwards isn’t keen on a rematch with Belal Muhammad. 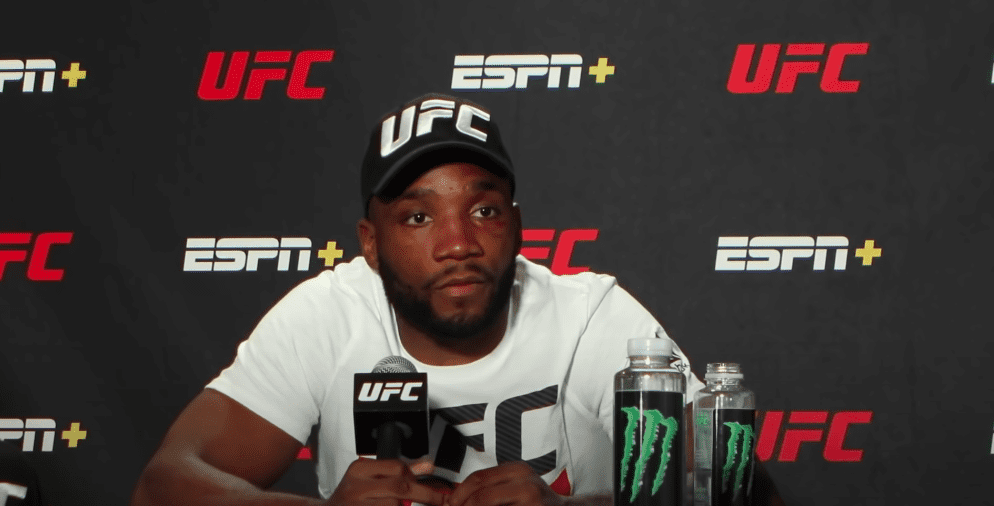 Things didn’t quite go as he expected on Saturday night but Leon Edwards is of the opinion that his recent body of work inside the UFC cage is enough to grant him a shot at Kamaru Usman’s welterweight title.

After an impressive first round by the Jamaican-born Brit in Saturday’s UFC main event against Belal Muhammad in Las Vegas, the fight took a turn in the second when an inadvertent eye poke landed by Edwards brought about a no-contest. While this was an unsatisfying conclusion for the Edwards, who was pursuing his ninth consecutive win at 170-pounds, he detailed afterwards that his goal is a world title shot, and the happenings in the cage on Saturday isn’t making him lose sight of his ambitions.

“First obviously would be apologize to Belal Muhammad,” Edwards told the media, including TheMacLife, afterwards.

“I came off a long, long year and a half for me. I prepped so hard. It’s upsetting. I wish him well, wish him a full recovery. [I was] going into the fight with the mentality of I wanted to fight for the belt next. So now I’m like what’s next? What do I do now? Is it a rematch? Is it someone else? I feel I deserve a title shot.”

Edwards took the fight against Muhammad after a series of scheduled dates with Khamzat Chimaev fell apart in recent weeks, with ‘Rocky’ campaigning for a fight with Colby Covington. In the end, Muhammad was the opponent drafted in and despite the lack of closure in their contest Edwards says that the fight doesn’t require a sequel.