‘I ain’t embarrassing myself in front of nobody’: Evander Holyfield has words for his critics ahead of Vitor Belfort comeback fight
Press enter to begin your search
BoxingMMA

‘I ain’t embarrassing myself in front of nobody’: Evander Holyfield has words for his critics ahead of Vitor Belfort comeback fight

Holyfield, 58, returns to the ring for the first time in a decade against Vitor Belfort this weekend. 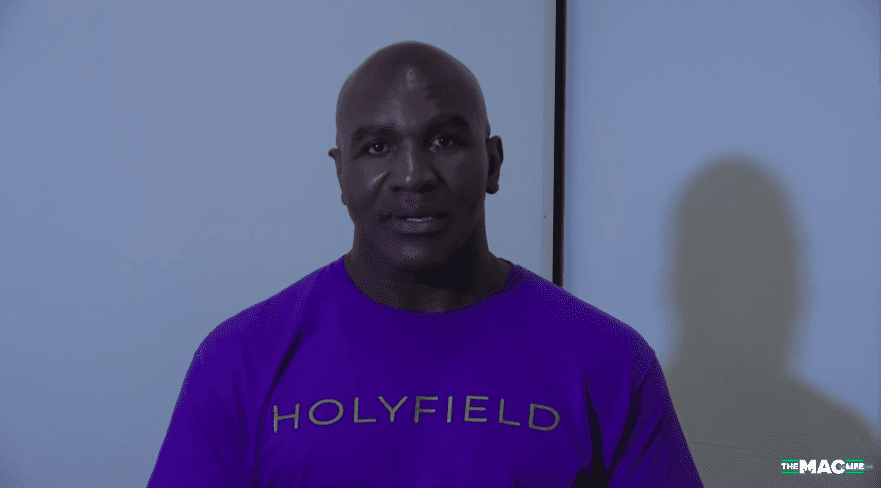 More than a few eyebrows were raised when it was confirmed days ago that 58-year-old Evander Holyfield was to step in for the Covid-stricken Oscar De La Hoya in a boxing match against UFC veteran Vitor Belfort this weekend.

But as far as the former undisputed cruiserweight and heavyweight champion goes, his array of doubters is little more than motivation as he prepares for his first fight in over a decade in the Triller-promoted bout in Florida on Saturday night.

“When I was eight years old I looked at the man and said, ‘I’m only eight’. He said, ‘you won’t always be eight.’ I thought about it. Next week I was going to be nine, so I believed him.”

As for the fight itself, training footage which filtered out of Holyfield’s camp has led to several analysts within the combat sports orbit being concerned for him — but Holyfield says that he is more than aware of what he is doing and the risks which might be presented.

“If I can’t do this to my satisfaction, to feel good about myself, then I ain’t embarrassing myself in front of nobody when I already retired,” he said.

Check out the entire interview via the video below: