The UFC’s return to Singapore is official. 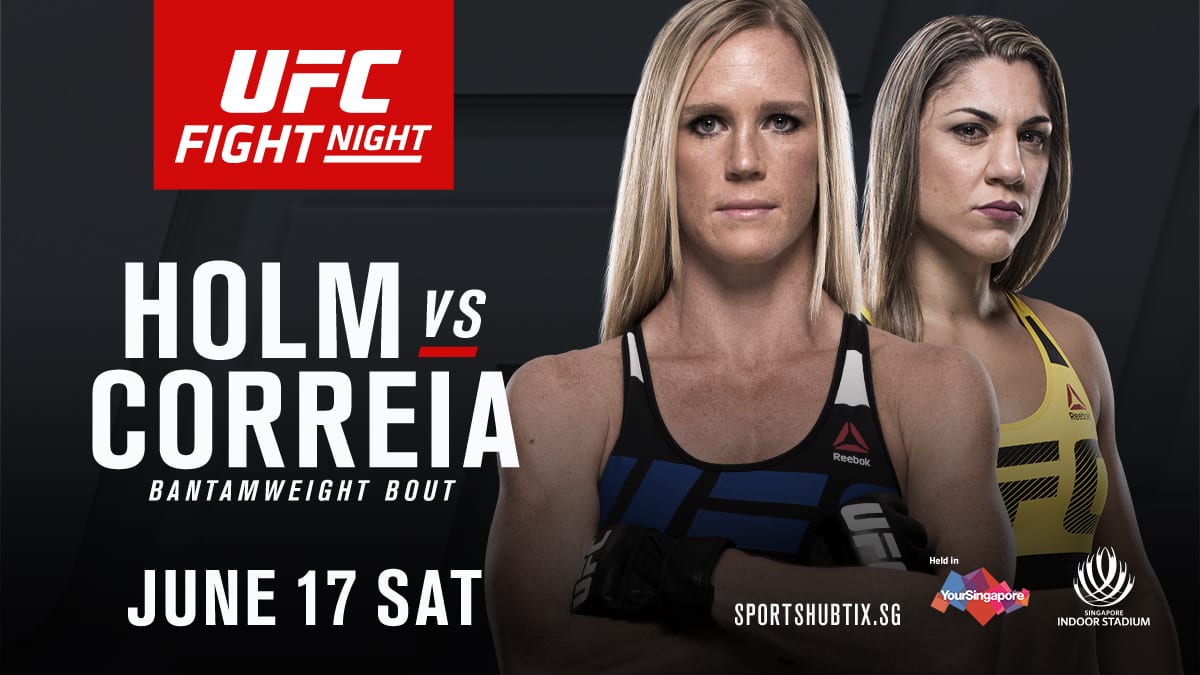 Holly Holm and Bethe Correira will meet in the Saturday’s UFC Singapore main event, after both fighters made their contracted weight at the official weigh-ins.

This is a pivotal fight for both women’s bantamweight fighters, with a win very much required for both to maintain their relevancy at the business end of the division currently ruled by Amanda Nunes. Holm, who is of course a former champion at 135-pounds, has lost three straight — including her last fight, a controversial defeat to Germaine de Randamie in the women’s featherweight division.

Correira, on the other hand, is a former number one contender to the bantamweight title but was summarily dispatched in just over thirty seconds by then-champ Ronda Rousey.

Elsewhere on the card, Andrei Arlovski will be looking to avoid his fourth successive defeat inside the octagon when he takes on Poland’s Marcin Tybura in the c0-main event, while battles between Colby Covington and Dong Hyun Kim as well as Tarec Saffiedine and Rafael Dos Anjos complete the main card.

One fighter missed weight, as UFC debutant Carls John de Tomas clocked in at 131-pounds for his flyweight bout with Naoke Inoue and will have his purse penalised as a result.