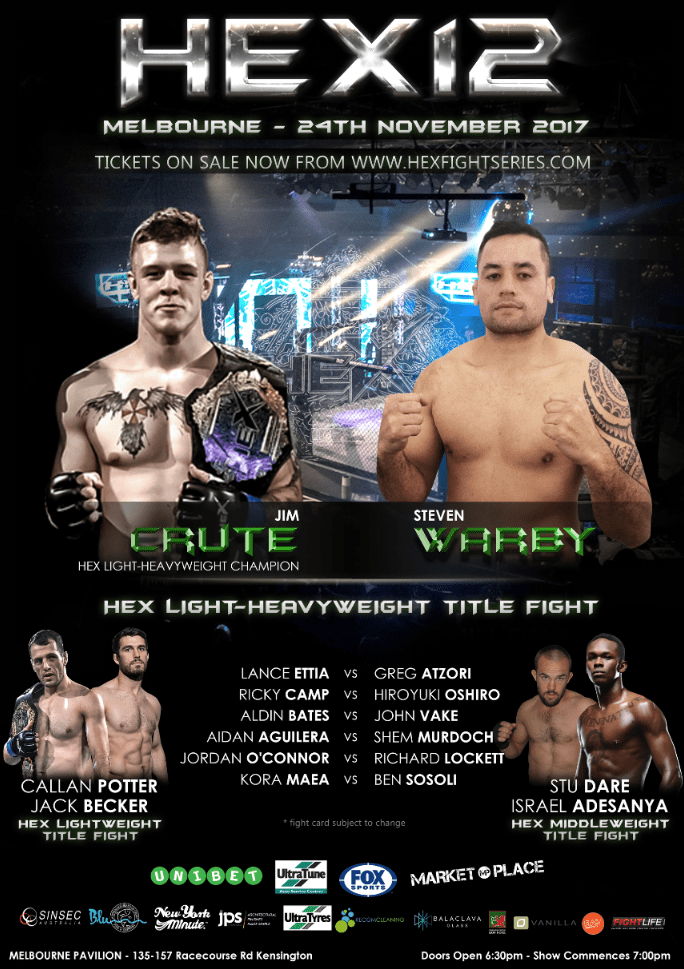 In Australia, Hex Fight Series 12 promises to be on of the biggest local mixed martial arts cards in Australian history, with three title fights heading the event — most of all featuring potential future UFC stars.

In the main event, it’s a light heavyweight fight between Jimmy Crute (5-0) and Steven Warby (9-2-1-1) for the promotion’s light heavyweight belt. Crute has been on a tear through the 205-lbs division in Australia, and Warby looks to provide him with his toughest test.

In the co-main event, it’s lightweight champion Callan Potter (15-5) vs. Jack Becker (7-0). Both men are looking for their break into the UFC, and a win here could well provide them that final bout that gets the call.

Rounding out the three title fights is Israel Adesanya (10-0) making his promotional debut against Stu Dare (8-4) for the first Hex Fight Series middleweight champion. While a UFC call up might not be on the cards for either man at present, an impressive victory could get tabs placed on them for the next time the UFC return to the country.

Hex Fight Series 12 will be broadcast on Fox Sports, on Friday November 24th.