Jairzinho Rozenstruik wants in on the Jon Jones sweepstakes. 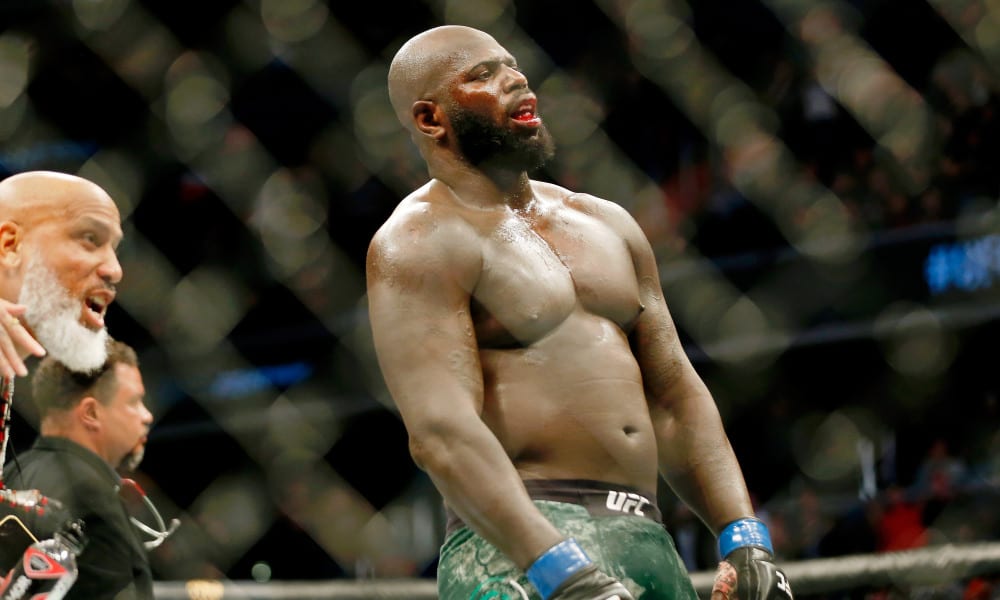 Former longtime light heavyweight champion Jon Jones will have no shortage of opponents to square off with when he makes his heavyweight debut (presumably) later this year.

Jones signalled his intentions to move up a weight division soon after defending his 205-pound crown against Dominick Reyes last year, saying that a rematch with Reyes or a fight with then-contender and now champion Jan Blachowicz just didn’t excite him. Jones has taken an extended hiatus from the sport as he readies himself to deal with the UFC’s big boys, with fights against the likes of current champion Stipe Miocic and Francis Ngannou mooted.

More likely, though, is that Jones will be ushered in to fight the winner of their rematch which is slated to take place on March 27.

Failing that, though, Jairzinho Rozenstruik would be more than happy to oblige.

First things first, though. Surinamese striker Rozenstruik is set to face France’s Ciryl Gane on March 13, a fight which he hopes will position himself for what would be a lucrative opportunity against Jones.

“If you get that fight you’re going to be even more motivated, and yeah, you would be working harder for what’s coming. Jon Jones is one of the best, but that doesn’t mean that you want to lose against Jon Jones. You want to win against the best. To be the best, you have to beat the best.”