Cris Cyborg has had her demands met, and she’ll be at UFC 214 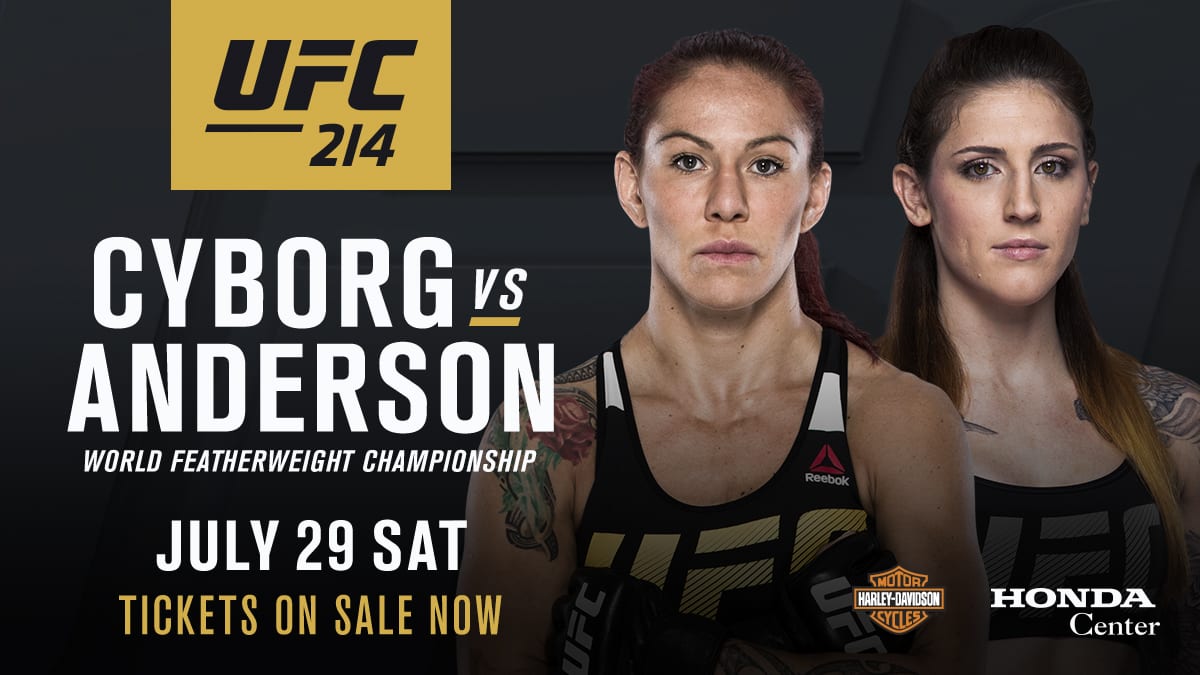 Cris Cyborg will face off with Megan Anderson at UFC 214 for the UFC  women’s featherweight title.

The UFC have confirmed that Germaine de Ranamie has been stripped of the women’s 145-pound title after refusing to fight Cyborg for the belt.

Last month, de Randamie had announced she would rather be stripped of the belt and return to bantamweight than face Cyborg, stating she felt Cyborg’s previous steroid issues should exclude her for title opportunities.

“UFC has informed Germaine de Randamie and her management team that she is being removed as the women’s featherweight champion due to her unwillingness to fight the No. 1 ranked contender, Cris ‘Cyborg’ Justino,” the UFC said in a statement. “Subsequently, top contender Justino will face newly signed Invicta FC featherweight champion Megan Anderson for the UFC women’s featherweight title in the co-main event of UFC® 214: CORMIER vs. JONES 2, July 29 in Anaheim, Calif.”

It marks Anderson’s debut inside the UFC — something she has been vocally pushing for ever since the company introduced the women’s featherweight division. As the Invicta 145-pound champion, Anderson could well represent the best female featherweight in the world not named Cris Cyborg.

BREAKING! @CrisCyborg vs. @MeganA_mma at #UFC214 as Germaine de Randamie is removed as featherweight champ. pic.twitter.com/aVGymI2upQ

Cyborg’s had an interesting time in the UFC recently. While her relationship with the promotion has been a contentious one from the very beginning, she recently found herself made into something of a sympathetic figure. Firstly, there was the infamous Angela Magana scuffle at the UFC Fighters Retreat, before de Randamie made her statement in what was generally received as an attitude unfitting of a champion.

Now, even with the Magana controversy and it’s legal side-effects hanging over her, Cyborg will be fighting for UFC gold in July, showing that the UFC haven’t given up on both the women’s featherweight title and Cyborg herself.