George Foreman believes Conor McGregor should focus on boxing and test his mettle against Manny Pacquiao — where he thinks the Irishman can pull off a victory. 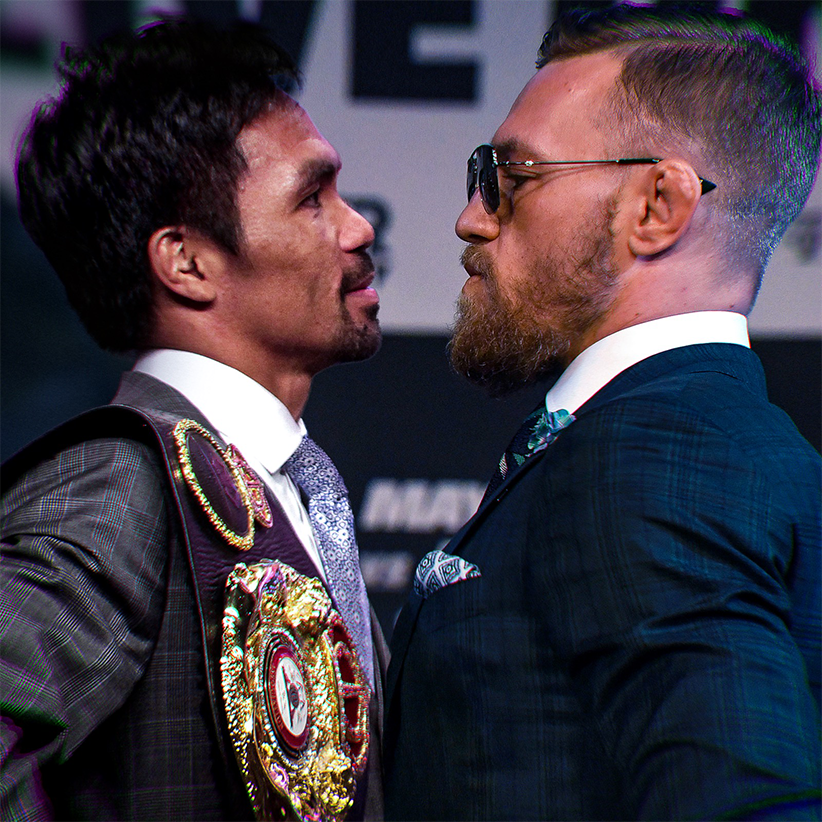 Boxing legend George Foreman believes Conor McGregor has a solid chance against Manny Pacquiao — if he focuses on his punching skills.

McGregor and Pacquiao were heavily linked for a bout later this year, with the Irishman set to step back through the ropes and trade punches for the second time as a professional. For his part, Pacquiao had gone on record to say he wanted to “experience fighting” a mixed martial arts fighter before bringing his legendary career to a close, and such a meeting would likely challenge all existing pay-per-view records.

In the mind of former heavyweight champion Foreman, McGregor should certainly entertain the idea, and even should consider going as far as to call it a day on his MMA career to focus solely on the art of pugilism.

“It’s hard for McGregor to accept it but he’s a better puncher than he is in MMA,” Foreman said, speaking to the Daily Star.

McGregor was last seen at UFC 257 in January against Dustin Poirier on ‘Fight Island’ in Abu Dhabi. The pay-per-view, McGregor’s first appearance of a planned busy 2021, was a huge commercial success and is believed to have brought in around 1.6 million PPV buys — making it one of the most successful events in UFC history.

Should McGregor go on to meet Poirier in a trilogy fight as, according to UFC president Dana White, is believed to be the plan, then it’s likely that event would do even better.