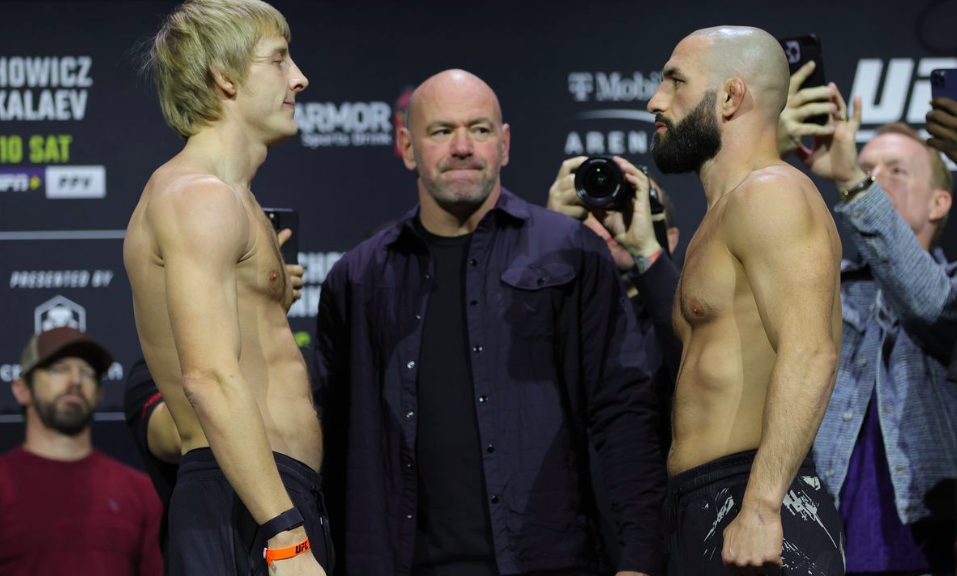 Crosby, it was announced this week, is under review by the Mohegan Athletic Department who oversaw Friday night’s Bellator interim title fight for scoring it in favour of Danny Sabatello by a margin if 50-45, with the other two judges seeing it as a 48-47 win for his opponent, Raufeon Stots in what, per MMA Decisions, was the first time in the sport’s history that a judge has awarded such a score to a losing fighter.

Less than 24 hours laster, and over two thousand miles away, Crosby was one of the judges who scored Pimblett vs. Jared Gordon for the Englishman despite the vast majority of observers declaring the fight as a relatively straightforward decision win for Gordon.

And now, as noted by MMA Mania, Crosby’s scoring of the fight for Pimblett has officially been raised in a meeting of the Nevada State Athletic Commission, the regulatory body under whose jurisdiction Saturday night’s fight took place.

“I’m calling in, not pertaining to any agenda item, but rather to lodge a formal complaint about the judging on UFC 282 that was hosted last weekend in Vegas,” a caller to the panel announced after the session was opened for public comment.

“I want to know, if possible, why Douglas Crosby, in particular, was allowed to judge an event Friday night in the Northeast and then fly across the country Saturday morning, all the way to Vegas, to then judge fights Saturday night and he was deemed mentally fit to do so. It seems a bit ridiculous, in my mind.”

The caller added, correctly, that Crosby was effectively barred from judging UFC bouts during the tenure of NSAC executive director Bob Bennett, who announced last year his decision to step down.

“I think it’s very telling that for the entire tenure, as far as I can tell, of Bob Bennett, when he reigned as NSAC executive director from 2014 to 2021, Crosby was not allowed to judge a UFC event, as far as I can tell, scanning MMA Decisions, and when [current NSAC executive director] Jeff Mullen took his place, that Crosby was suddenly back judging those events. It seems a bit ridiculous.

“He [Crosby] demonstrated criminal incompetence, in my opinion, judging that event over the weekend and I don’t understand why it was allowed to happen.”