From the Vault: Conor McGregor vs. Dennis Siver, January 2015
Press enter to begin your search
MMA

From the Vault: Conor McGregor vs. Dennis Siver, January 2015 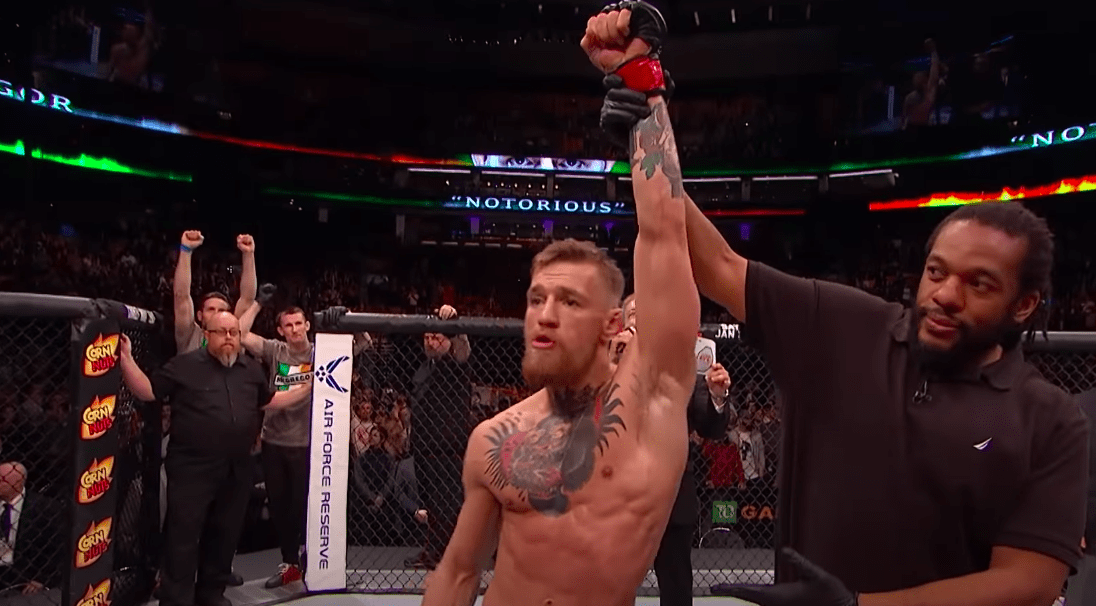 Seven years ago this morning, Conor McGregor woke up in Boston having earned a shot at the UFC featherweight world title.

The previous night, January 18 2015, saw the Dubliner, 4-0 in the UFC at the time, headline his first event in the United States when he took on the top-ten ranked Dennis Siver in Boston’s TD Garden knowing that a win would guarantee him a shot at then-champion Jose Aldo.

He duly delivered. Siver, the Russian-born German, had won seven of his previous ten fights at the time and was thought of as being one of the featherweight division’s sternest tests on the feet but when that first bell rang, it was all McGregor from that point on.

McGregor ultimately found victory towards the midway point of the second round, finishing Siver on the ground after dropping him with a punishing body shot and set up that future date with Aldo. Of course, those plans would change somewhat with McGregor instead facing Chad Mendes that summer in a fight in which he won the 145-pound division’s interim title before taking the real thing just 13 seconds into the title bout with the Brazilian later that same year.

But much of that was set in motion by the events in the cage in Boston seven years ago — which you can relive via the video below.