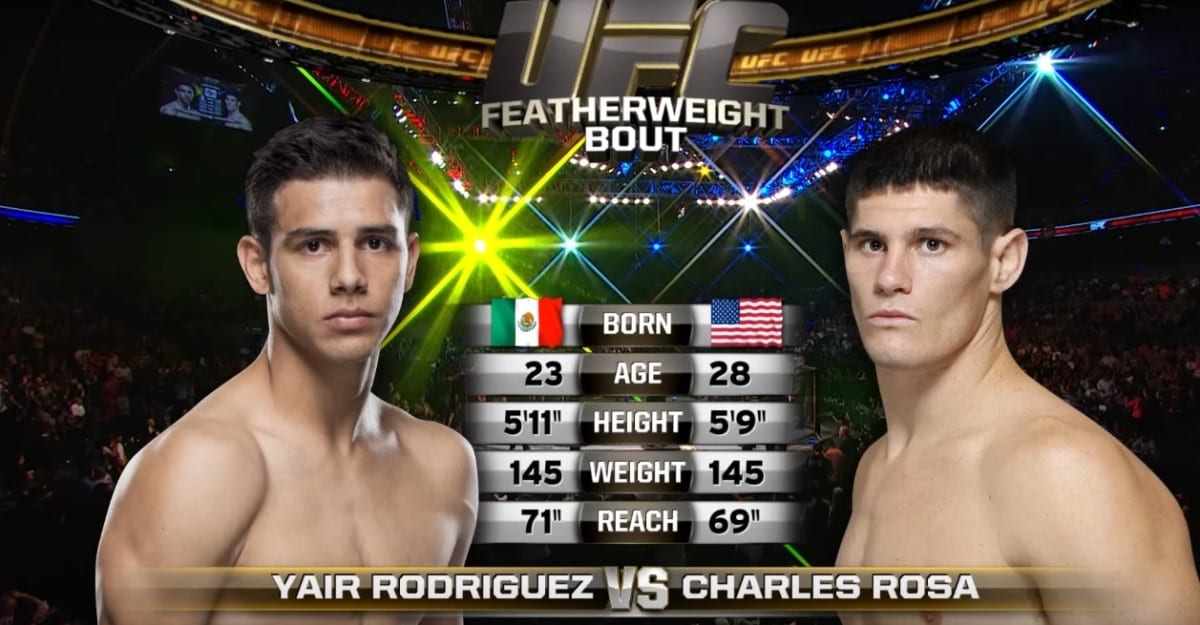 A lot of the fanfare regarding this weekend’s UFC event in Phoenix is centred on the return of one of the most legendary figures to ever set foot inside the Octagon.

B.J. Penn will come out of retirement this Saturday and, while his list of achievements inside the cage speaks volumes as to his impact on the game, his opponent at UFC Phoenix sees the fight as an opportunity to make a statement of his own.

Yair Rodriguez has been sensational in his UFC career so far, winning five from five — the most spectacular of which was a stunning headkick knockout of Andre Fili at UFC 197 last April but a win over ‘The Prodigy’ would without doubt be the biggest statement the Mexican featherweight will have yet made in his career.

To whet your appetite ahead of this weekend’s clash, have another look at Rodriguez below as he takes on Charles Rosa in his second UFC appearance back at UFC 188.