Dillashaw returns from a PED ban to fight Cory Sandhagen this weekend. 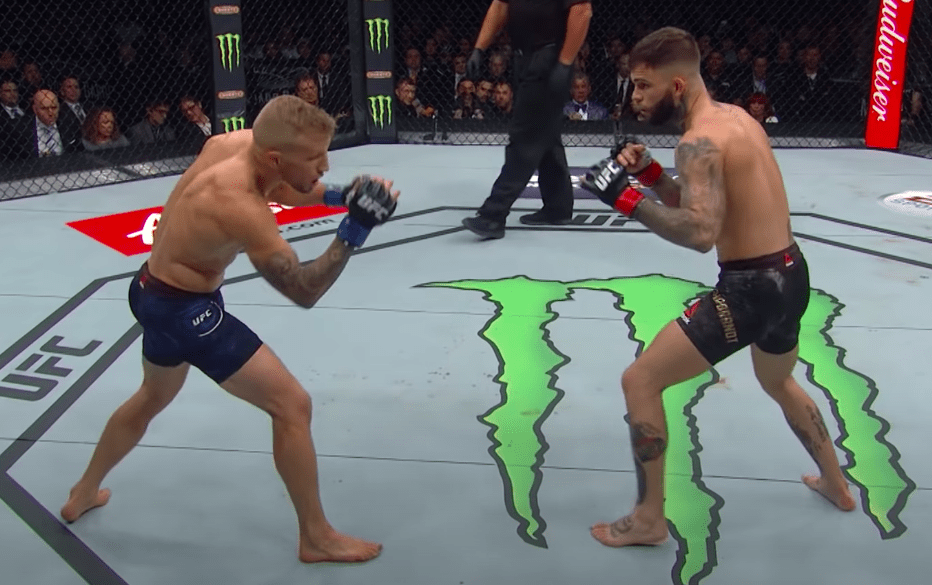 The landscape at bantamweight has changed in the two and a half years that T.J. Dillashaw has been away.

The former titleholder was stripped of his title shortly after testing positive for the banned substance EPO in January 2019, later admitting to deliberately taking the performance enhancer and accepting a two-year ban from USADA during which time he had corrective surgery on both of his shoulders.

Since then, the 135-pound title has been held by Henry Cejudo (who later vacated), Petr Yan and, currently, Aljamain Sterling but one man who appears to be launching his own bid to be next is Cory Sandhagen, the man who welcomes Dillashaw back to the cage this weekend.

Sandhagen comes into the fight on the back of impressive finishes of both Marlon Moraes and Frankie Edgar — and knows that a third big name win this weekend will likely place him near the top of the queue at 135-pounds.

But what sort of Dillashaw will he be facing, and can he have the same level of performance after such a prolonged exit (and with additional USADA scrutiny on him)?

Check out his first win against Cody Gardbrandt below and make up your own mind as what to expect this Saturday night.