Diaz returns to the cage in less than two weeks to face Leon Edwards. 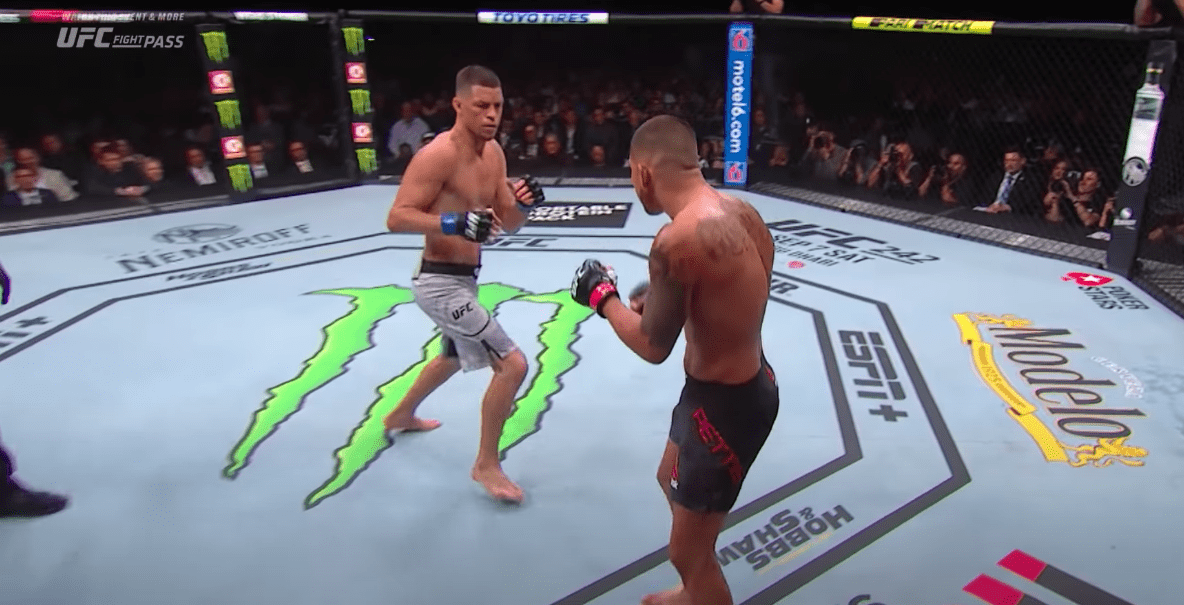 A Nate Diaz fight is something of a rarity these days but in less than two weeks the Stockton native will put on his 40z gloves for just the third since losing to Conor McGregor in late summer 2016.

In those two fights since he has faced both Anthony Pettis and Jorge Masvidal, winning the former and losing the latter, and will face another stern test at UFC 263 on June 12 when he fights England’s Leon Edwards — a fighter who hasn’t tasted defeat in the Octagon since 2015.

Incidentally, the elder Diaz brother — Nick — has also been linked with a comeback fight this year in what would be his first outing int he cage since 2015, so could 2021 be the rarest of years and feature both Diaz brothers competing? Time will obviously tell on that front but for now, take a look below to remind yourself of Diaz’s win against Pettis from August 2019.