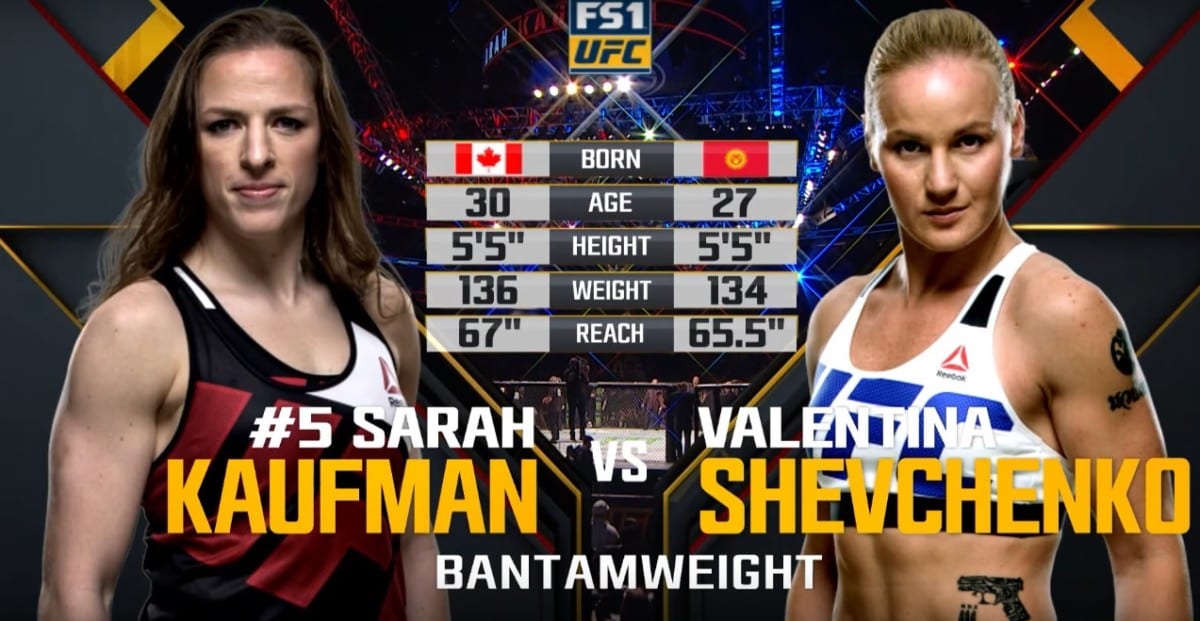 Next week Valentina Shevchenko will get a chance to establish her credentials as the next challenger to Amanda Nunes’ UFC bantamweight title when she takes on Julianna Pena in the main event of UFC on Fox 23 on Saturday week.

While Nunes already holds a win over the Russian from March of last year, the retirement of Miesha Tate and (potentially) Ronda Rousey, as well as Holly Holm moving north to the UFC’s newly instated women’s featherweight division, has left a dearth of challengers to the gold at 135-pounds with Shevchenko and her opponent Pena hoping to fill the void.

Shevchenko, who owns an outstanding 58-2 record in professional kickboxing, has rattled off wins against Holm and Kaufman in her UFC career so with the Nunes loss being the only blemish thus far.

And, as she has been saying in the lead-up to this particular fight, getting that loss back — and the title — is all that’s on her mind.

Check out Shevchenko’s UFC debut against Sarah Kaufman in the video below.