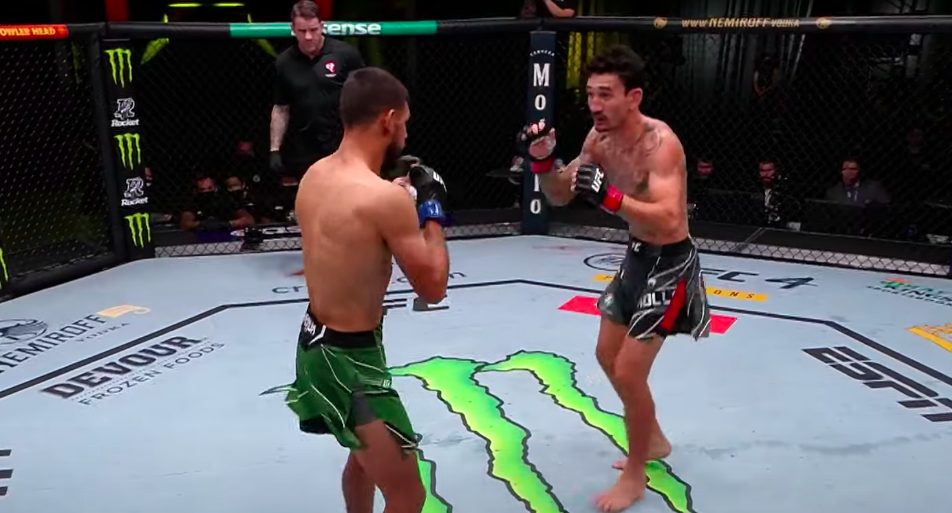 Max Holloway, so impressive in his last two outings in the cage, finds himself in a must-win position in his upcoming third fought with Alexander Volkanovski.

Holloway, the former featherweight champion, currently holds two losses to the Aussie 145-pound titleholder and knows that a third would rule out any chance of regaining gold, at least so long as the belt rests over Volkanovksi’s shoulder.

But in just over a week, the Hawaiian will look to improve upon his last two performances against the champ — the first of which saw him lose the title he previously held by unanimous decision, and the second which came in the rematch, this time by split decision.

The Australian has yet to find his equal in the UFC but Holloway has long been considered the man most likely to trouble him at 145-pounds, even despite the pair of aforementioned losses on his ledger.

Holloway was supremely effective with his boxing in last year’s tussle with Calvin Kattar and, frankly, put something of a beating on Mexican standout Yair Rodriguez — and you can relive that particular one in the video below.

UFC 276 takes place on Saturday July 2 and will come at you from the T-Mobile Arena in Las Vegas.