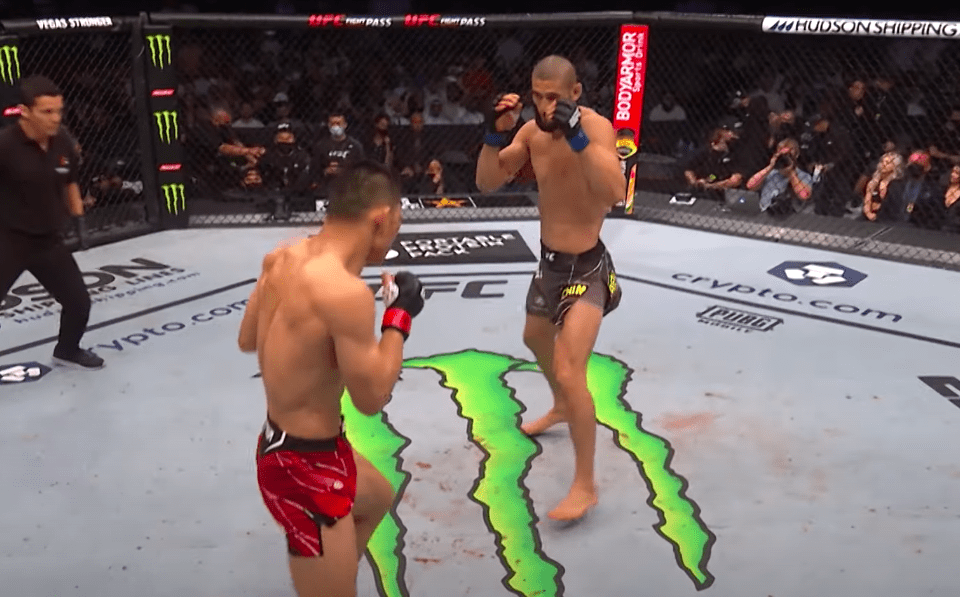 Li Jingliang was supposed to be Khamzat Chimaev’s first true test inside the Octagon.

The Chinese welterweight is a mainstay on the UFC roster, losing just twice in his previous ten outings in the cage and many considered him to be a live underdog against the surging contender Chimaev who had yet to face any real adversity in his UFC career in his three prior fights.

Well, make that four fights. Chimaev added to his already considerable hype when he shared the cage with Jingliang in their fight last October, taking his back around 15 seconds into the fight and launching into a sequence which would eventually see his foe (technically) submit to a rear-naked choke by going unconscious.

Chimaev faces an undeniable uptick in competition next weekend when he faces world class Brazilian grappler Gilbert Burns but first you can refresh your memory of his performance against Jinglian in the video below: