Take another look at the 2022 Fight of the Year contender 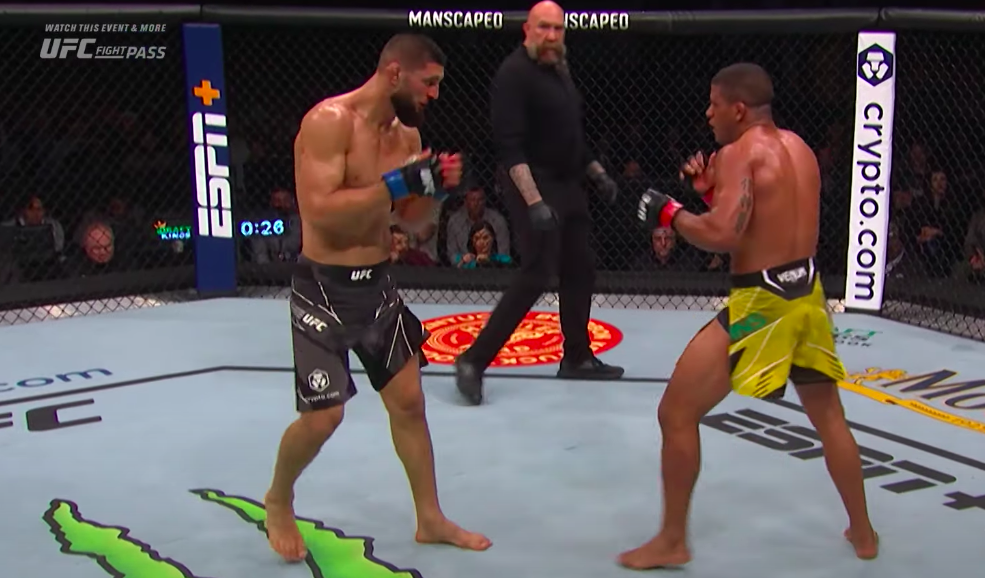 It took a few opponents to get there but Khamzat Chimaev finally found a stern test in the Octagon earlier this year when he tangled with Gilbert Burns in a featured bout at UFC 273 in Jacksonville, Florida.

Up to this point a great deal had been made of how efficiently Chimaev had scythed through his four previous UFC opponents, finishing each in the first round (except John Phillips who made it round two) while barely absorbing even a single strike along the way.

That impenetrable defence wouldn’t last through three rounds with former world title challenger Gilbert Burns however, who handed Chimaev the toughest test of his career and won a round in what was a razor-thin victory for the still unbeaten Chiamev.

The Chechen-born Swede is set to take on Nate Diaz in the UFC 279 main event early next month in a fight which could see him rubber-stamp an eventual title shot once Leon Edwards and Kamaru Usman settle their trilogy, and ahead of that fight against the Stockton veteran, you can relive Chimaev’s thrilling encounter with Burns below: