The Irish bantamweight came up trumps in the one night tournament in Miami. 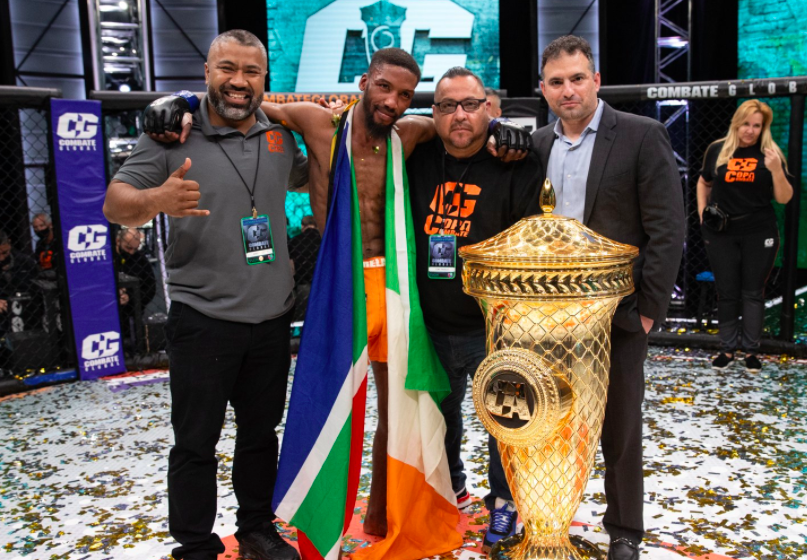 Mlambo, a longtime member of SBG Ireland and a former amateur world champion, defeated three other 135-pound fighters on the night, beating two opponents in contests which took place over one five-minute round while winning the championship fight which took place over three rounds — with Mlambo defeating Peru’s Jose Zarauz, Chile’s Cristian Barraza before beating Spain’s Kevin Cordero in the finals by split decision.

The South African born Mlambo is one of the longest-tenured members of the SBG Ireland gym, where he has trained under John Kavanagh for several years and has been a key sparring partner in several Conor McGregor fight camps. He has competed four times under the Bellator banner, earning a 3-1 record with the promotion defeating highly-regarded fighters Nathan Greyson and Dominique Wooding along the way.

The three wins improves Mlambo’s career record to 13-5 and has earned him a world title shot against Combate Global bantamweight champion David Martinez, a fight which is expected to take place sometime in early 2022 — as well as a cheque for $100,000 which as presented to him by the group’s chief Campbell McLaren, one of the original co-creators of the UFC.

Including Sunday’s wins, Mblamo is now 8-1 in his last nine fights and surely a fighter that will receive some significant interest from some of world’s larger MMA promotions.