UFC 211 continues to get more and more stacked 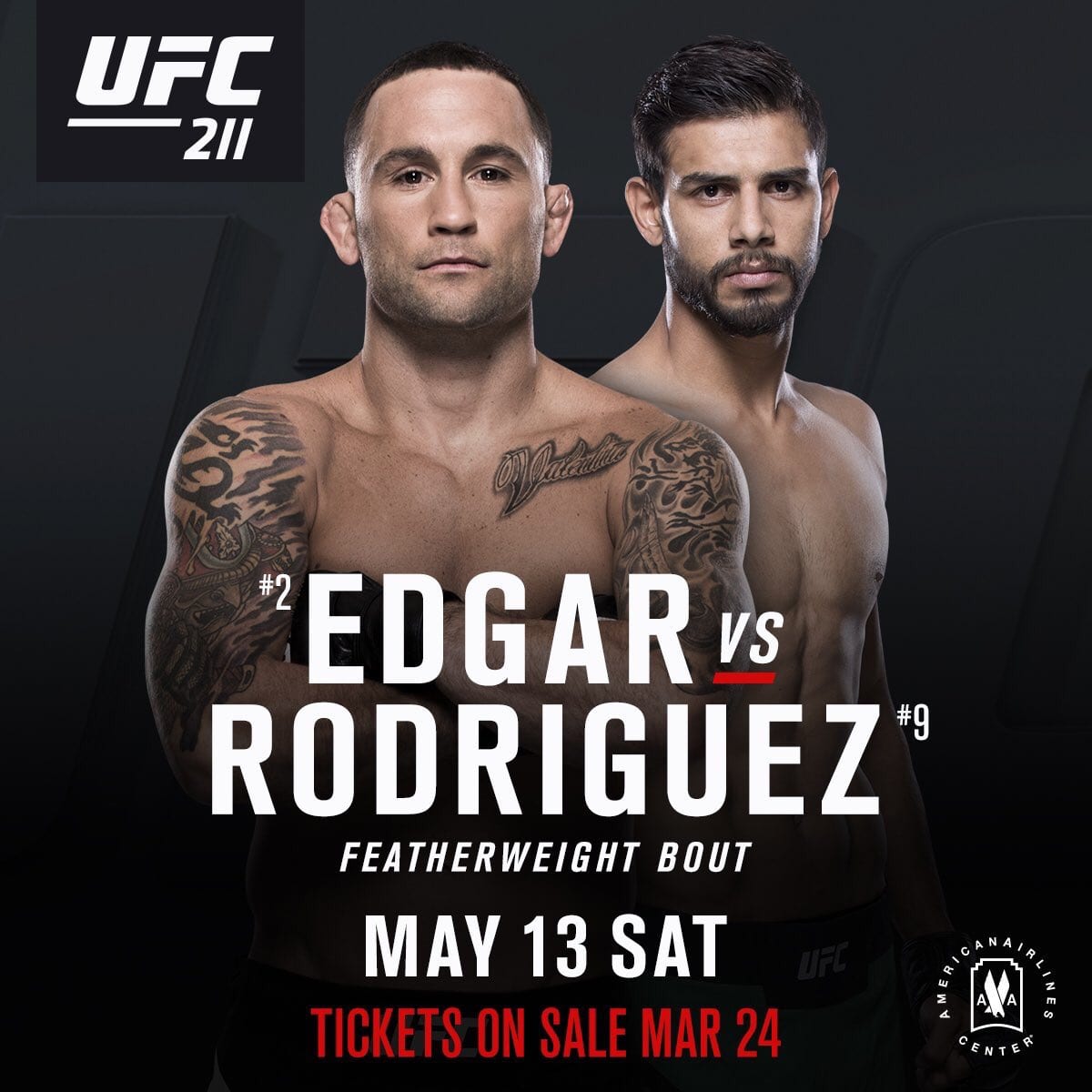 Yair Rodriguez and Frankie Edgar are set to tangle as UFC 211 has just received a featherweight contender fight.

It’s a marked step up for the young Rodriguez, who was last seen demolishing UFC Hall of Famer BJ Penn. While that victory was a statement in itself, a contest against former lightweight champion Franke Edgar could well prove a different challenge all together.

For Edgar, the fight marks a return from a groin injury and a return to the cage after a win over Jeremy Stephens back at UFC 205.

All in all, the bout’s addition makes UFC 211 look to be an incredible spectacle, with two title fights a top the card.

The event is set to be headlined by a heavyweight title fight between champion Stipe Miocic and former heavyweight champion Junior dos Santos. In the co-main event, Joanna Jędrzejczyk will defend her UFC strawweight championship against Jéssica Andrade.

Other fights confirmed are Demian Maia vs. Jorge Masvidal, Eddie Alvarez vs. Dustin Poirier and Henry Cejudo vs. Sergio Pettis.