The two-fight UFC veteran was allegedly killed by an Uber driver following an argument. 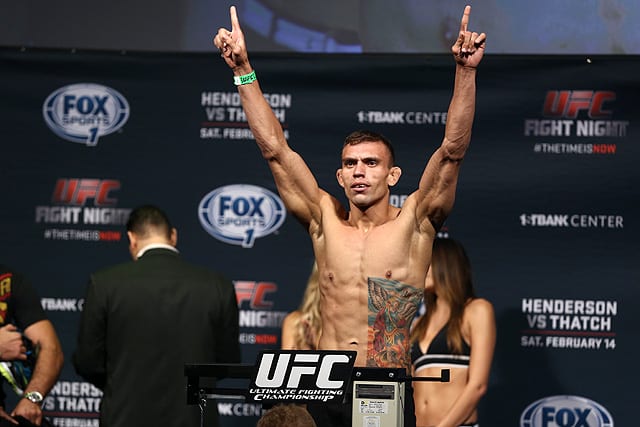 ‘Monstro’ Rodrigo de Lima, a 28-year-old Brazilian welterweight with a 9-3-1 career record, has died after being deliberately struck by a car in Belem, Brazil.

The incident occurred following an argument with an Uber driver who is reported to have driven away, only to return and strike de Lima from behind with his vehicle. The driver left the scene immediately after and local police are currently trying to ascertain his whereabouts.

News of the incident was reported to MMAFighting.com by MMA fighter Michel Prazeres, a friend of de Lima who was a former Jungle Fight welterweight champion.

His UFC run was a brief one as he was defeated in both of his bouts by Neil Magny and Efrain Escudero. De Lima last competed in June of last year where he defeated Luiz Fabiano by first round rear-naked choke at Shooto Brazil 85 in Rio de Janeiro.

De Lima was married with two children. Everyone at TheMacLife sends well-wishes to his family and friends.