The former two-weight world champion’s spell with the UFC has come to an end. 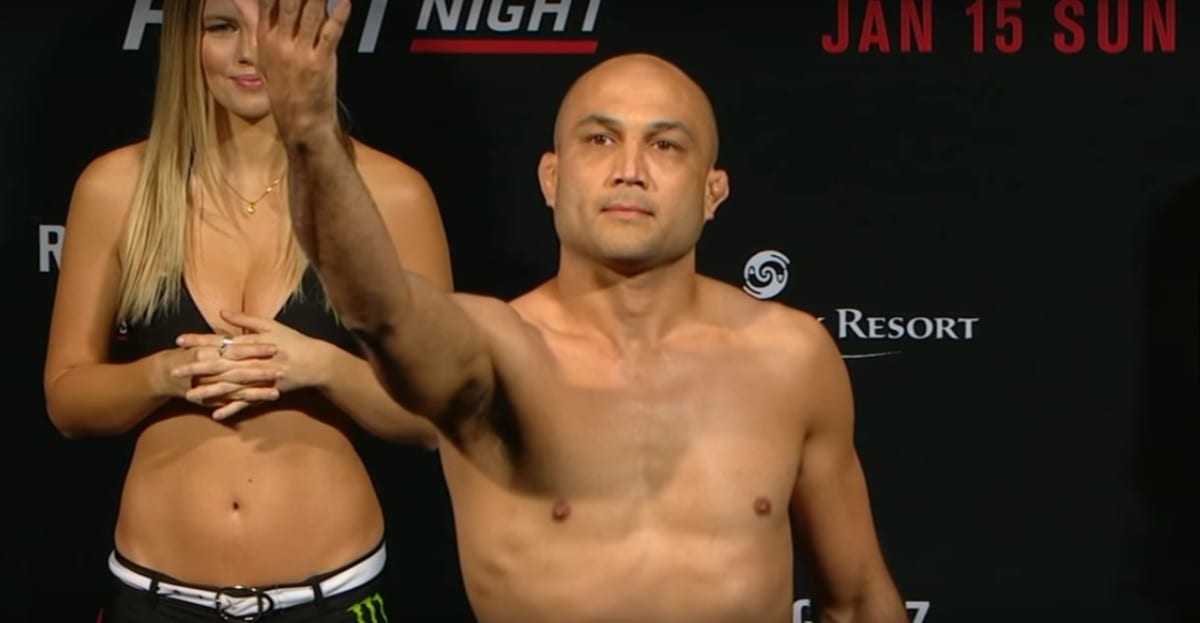 At one point he was considered among the top pound-for-pound fighters in the sport but a recent, prolonged lapse in results has led to the UFC releasing former lightweight and welterweight champion B.J. Penn.

Penn won his first UFC title when he submitted dominant 170-pound champ Matt Hughes after moving up from the lightweight division in what was considered to be among the biggest shocks in the sport at the time. He would leave the UFC soon after following a contract dispute but would return to eventually claim the organisation’s vacant lightweight title by submitting Joe Stevenson in Newcastle, England, after which he would hit the best form of his career, easily getting past title challenges of Kenny Florian and Diego Sanchez.

However, Penn’s form took a dramatic turn following a pair of losses to Frankie Edgar (the first of which cost him his title). A win (against Hughes in their trilogy bout) and draw with Jon Fitch would follow, after which Penn would lose seven straight fights in the UFC — the last of which came to fellow veteran Clay Guida in May.

After that, Penn made headlines after being videoed in a number of streetfights and associated legal issues. News of his release was reported by Kevin Iole of Yahoo!

Now 40, it remains to be seen if Penn will attempt to continue his combat career in the face of the downturn in results he has experienced, with just one win to his name in the last decade. There are likely some promotions out there who would be interested, but we will have to watch this space.