Straus is alleged to have struck a woman with a “sharp instrument”. 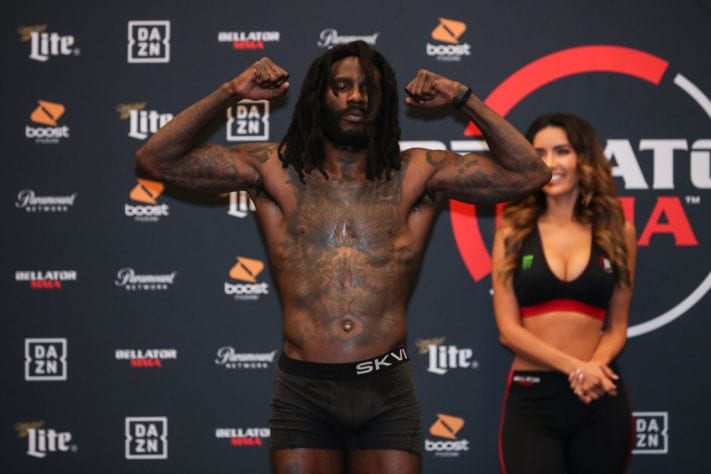 Former Bellator featherweight champion Daniel Straus was arrested on Friday of last week and charged with a single felony count of aggravated battery with a deadly weapon after allegedly striking a female victim numerous times and stabbing her with what was described as a “sharp instrument”.

Straus, who defeated Patricio Freire to claim the Bellator featherweight title in November 2015, is understood to have engaged in an “on-off” relationship with the victim for a number of years and, according to information from the police, showed up at the victim’s place of employment after a disagreement over the course of a text message conversation.

The victim is understood to have attempted to leave the area and entered her parked car only for Straus to enter on the passenger side. The victim stated that she left the car and Straus followed her where they began shoving each other. After she again attempted to leave, she alleges she was “stuck multiple times” by Straus. She says Straus then left the scene.

Soon after, she alleges that Straus telephoned her numerous times to say that he was at her apartment. Fearing destruction of her property, she instead went to Straus’ residence in search of a spare key she says she had given him.

Straus arrive soon after and a further disagreement occurred, culminating with Straus allegedly striking her in the abdomen with a sharp object — which she was unable to describe due to the speed at which he attacked her with. She was then taken to hospital where she received stitches “to close a puncture wound”.

The arrest affidavit also states that she suffered a “large contusion to her right eye”. Further information from the affidavit states that she was initially hesitant to provide a statement but ultimately did so because she “is in complete fear of the defendant and feels that if he is not apprehended that he will come after her and cause further harm to her for notifying the police.”