Deontay Wilder responds to Mark Breland: “Hating a king like me isn’t going to do the world any good”
Press enter to begin your search
Boxing

Deontay Wilder responds to Mark Breland: “Hating a king like me isn’t going to do the world any good”

Deontay Wilder has reacted to Mark Breland’s comments, and accused him of betraying him once again. 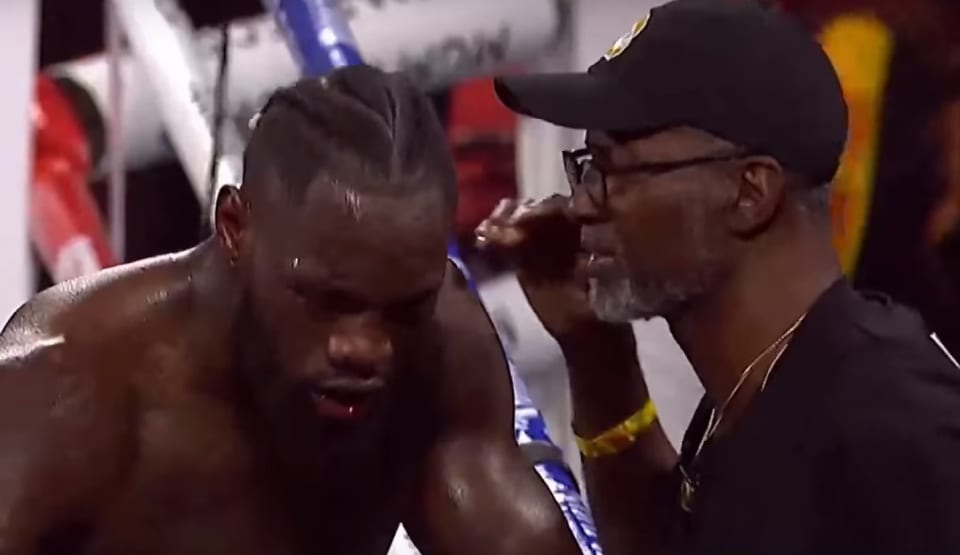 Breland was let go from Wilder’s team after the former heavyweight champion suspected Breland’s throwing in the towel during his contest with Tyson Fury was part of a conspiracy, and believed Breland to have spiked his water to hamper Wilder’s performance. For his part, Breland had mostly remained silent on the issue until an appearance on the podcast Fight is Right over the weekend.

During that podcast, Breland denied any wrongdoing and alleged Wilder’s career was over, and that the ex-champion no longer trained. Today, Wilder fired back at Breland, saying he felt the coach’s comments were evidence Breland had some larger issue with him.

“This man was around me for so long. I fed this dude,” Wilder said, speaking to 78 Sports TV. “Even when many people thought I outgrew him. Many wanted me to fire him, but I kept him on board. And to hear all these things that he’s saying, it’s crazy.

“It’s like, I’m the one that fed you, I’m the one that kept you around, You should have been gone a long time ago because of the love that I had, to continue to give you a job and all that. Even after the fact with all the medical issues that he personally has going on with himself, I still kept him around. For him to betray me and say crazy stuff, it is a little hurtful only for these simple facts that how close I had him around family and even playing with my kids. … Things happen for a reason. It just allows me to believe that he had something deeper rooted about me. I can’t understand why. What the fuck did I do? What do I do? But I’m blessed and he knows what type of person I am. He knows I’m blessed. He knows I look out for people.”

Wilder went on to say he believed Breland’s words were coming from a place of jealousy, and the Olympian was aggrieved Wilder’s career was superior to his own.

“The only explanation I can get out of it is, he was jealous of me and my career,” Wilder said. “I don’t see anything else, because I didn’t even have a relationship with Mark outside of boxing. Maybe he wanted to be closer to me. … I don’t know what it is for him to come out and say all this shit all of a sudden. You put another man under the bus. When so many people already ridiculed him and already doubted him … Now he opened up a whole other thing about it, accusing this man of doing it.

“No motherfucker, you did. Don’t blame it on nobody else. And it’s a great time to do it, because you got all this black and white shit going on. People know what side I be on. … What’s wrong is wrong, and in this situation the black man was wrong. He’s wrong for that shit. You did that to your own kind. Like I said, I’m just so happy that I won’t die from it. I’m so happy.

“If the shoe was on the other foot, they’d prosecute me. They’d have been all over me. I ain’t going nowhere. They can hate all day. Hating a king like me isn’t going to do the world any good. Let him do what he does. He’s a bitch. Putting another man under the bus because you’re feeling guilty. Man up, you did the crime. Man up.”