‘For myself. I’m doing it for myself’: Oscar De La Hoya explains motivations behind Vitor Belfort comeback bout
Press enter to begin your search
BoxingMMA

‘For myself. I’m doing it for myself’: Oscar De La Hoya explains motivations behind Vitor Belfort comeback bout

De La Hoya returns to the ring for the first time since 2008 in September to take on Vitor Belfort. 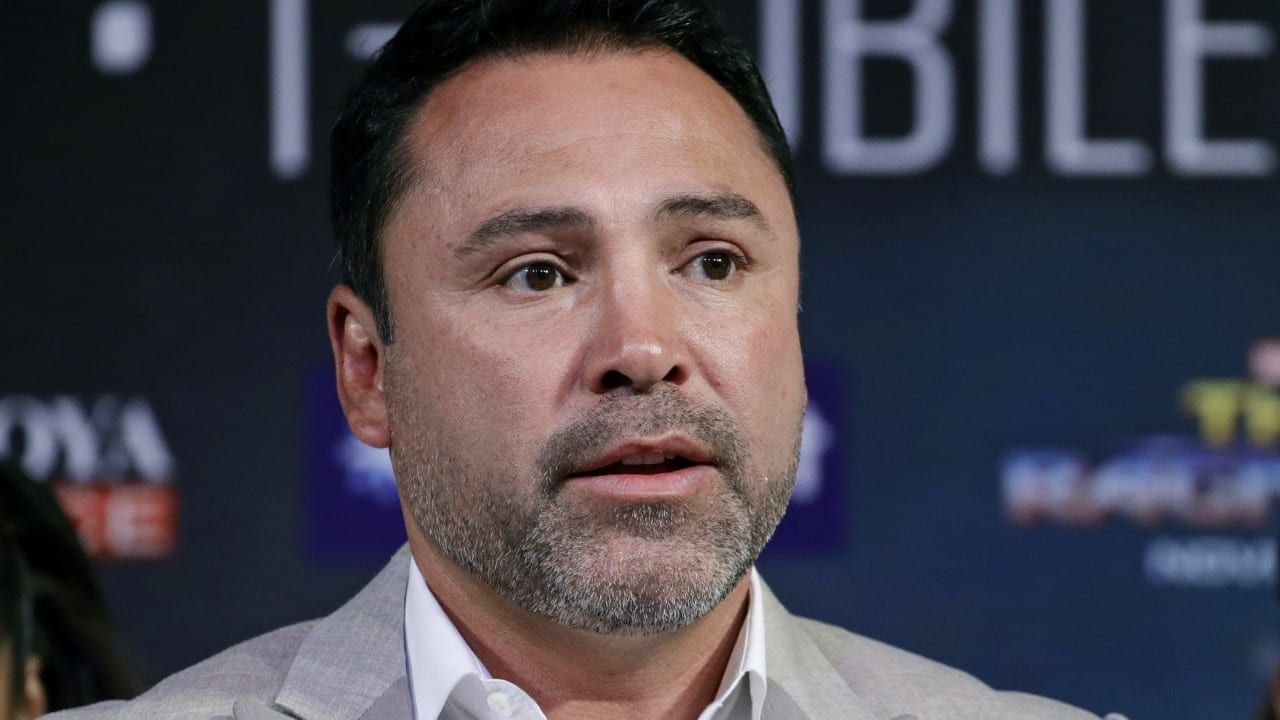 Boxing comebacks have been particularly en vogue in the last couple of years and the next man to throw his hat into the ring, Oscar De La Hoya, is the latest to do so.

The former six division champion, 48, hasn’t fought since a 2008 defeat against Manny Pacquiao but recently affirmed his desire to join the likes of Mike Tyson, Roy Jones Jr and Evander Holyfield by looking for one last hurrah in the ring — which will come later this year against former UFC fighter Vitor Belfort, who is 44.

Comebacks such as this will often be marginalised as cynical cash grabs. Sometimes this is true. But not in this case, says De La Hoya.

“When I fight, I give it give it my all. When I train, I train like a madman,” De La Hoya said to the media this week via MMA Junkie. “I was just a little tired of all these exhibitions and, you know, when you’re up there, you’re up there to go to war, and that’s what I expect to to do. I know he’s a big motherf*cker. But I’ll tell you one thing I’m doing: I’m doing this for the right reason. So mentally and physically, it’s go time.

And the right reason?

“(This fight) doesn’t help make up for anything, just puts life into perspective. What’s important. And this right here, this fight is f*cking crazy important. It’s what makes or breaks me, so if I have Belfort right in front of me, I’ll tell him, ‘Look, thank you for the opportunity, and I know we’re going to f*cking beat the sh*t out of each other.’ That’s basically it. And it’s going to be fun. Don’t forget that: It’s going to be fun. I love fighting.”