First official promo for UFC 228: Woodley vs. Till (VIDEO)
Press enter to begin your search
MMA

First official promo for UFC 228: Woodley vs. Till (VIDEO)

The first Woodley vs. Till promo has hit the web. 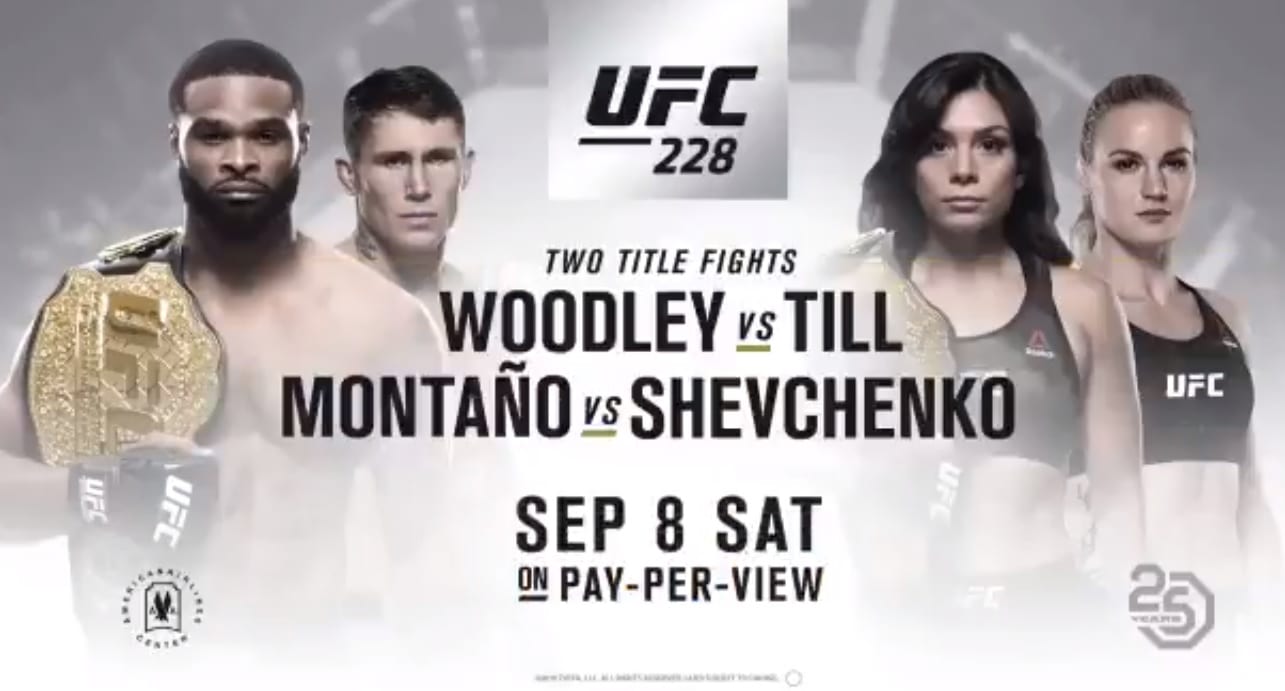 One of the most anticipated welterweight title fights in years (to everyone except Colby Covington, that is) is slated for exactly four weeks away from today.

Tyron Woodley, the UFC’s 170-pound champion for more than two years, faces one of the division’s most promising fighters, Darren Till, in the main event of UFC 228 on September 8 in Dallas, Texas in a fight which could have far-reaching ramifications in the UFC’s welterweight fold for years to come.

Woodley had been expected to face the UFC’s newly-crowned interim champion Covington in his next defense but with the American fighter sidelined by injury, Till’s razor-thin victory against Stephen Thompson in Liverpool last May appears enough to usher the Englishman towards the top of the championship queue.

Elsewhere on the card, Nicco Montano defends her women’s flyweight title against Valentina Shevchenko and highly-touted featherweights Yair Rodriguez and Zabit Magomedsharipov clash in what is expected to be a spectacular battle.

The UFC have released the first official promo for the card. Check it out below.

THE STAKES CAN’T GET ANY BIGGER. #UFC228 pic.twitter.com/SSYswdsnMg