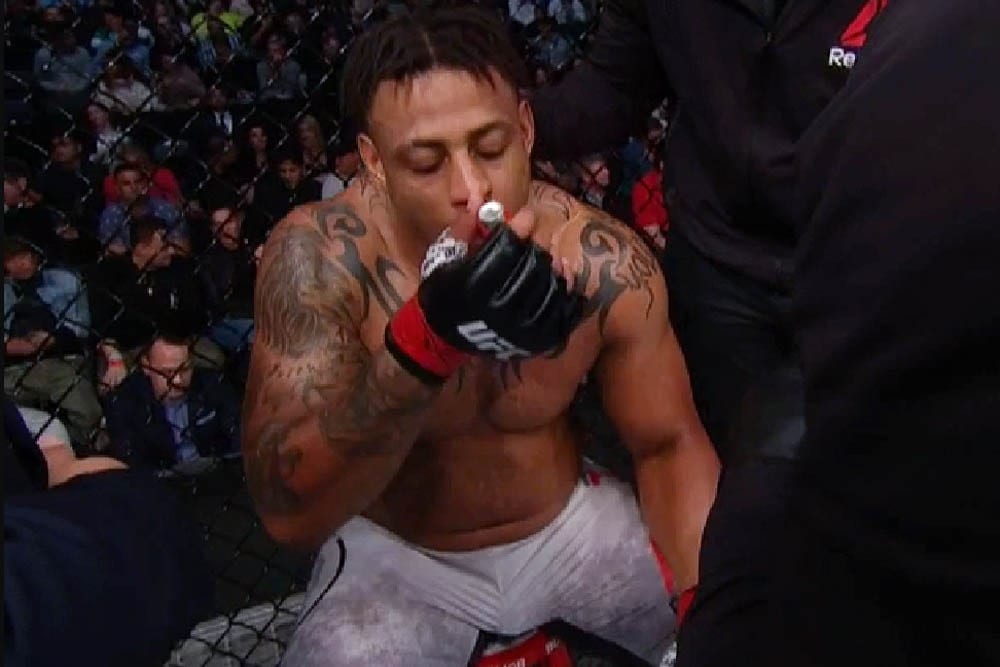 During his fight with Ben Sosoli in Boston, Greg Hardy used an inhaler.

The move immediately drew shocked reactions from viewers, with on air commentators Dominick Cruz and Daniel Cormier saying they felt the move meant the fight was over, and that it was not allowed.

Fighters on twitter felt similar. Check it out below.

You can’t an inhaler between rounds idiot. That is cheating and should be disqualification!!!! https://t.co/B6EI4XNorn

Did Greg Hardy just use an inhaler in the corner? #UFCBoston 🤔

Damn inhaler in between rounds?? We cant even have @DrinkBODYARMOR #UFCBoston