The UFC are about to host their latest mega-press conference. 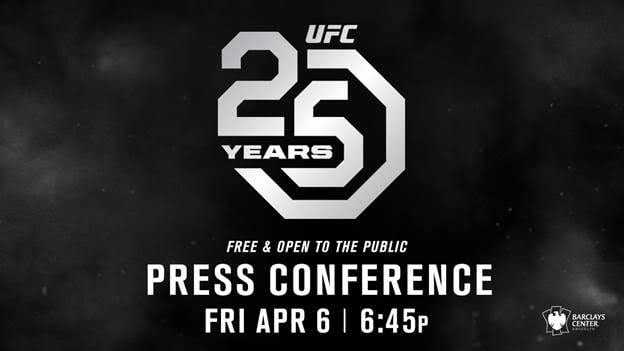 This Friday in Brooklyn, New York, the UFC will be playing host to the latest in their tradition of multi-fighter press conferences.

In what is described in a press release as a celebration of their 25th season, at least fourteen fighters will take the stage to hype up each coming event, from UFC Atlantic City on April 21 to UFC 226 on July 7.

While not listed, it’s widely reported that both Rafael Dos Anjos and Colby Covington will also be featured.

Fans will remember similar press conferences from the past tend to be explosive affairs. Whether it was Conor McGregor coining the ‘red panty night’, or Kevin Lee and Michael Chiesa’s on-stage punch up, there is always some take away to be had.

With names like Till, Lee and Covington supposed to be there, it’s not hard to imagine that trend will continue.