Eddie Alvarez: Conor McGregor is going to be a “damn good” father
Press enter to begin your search
MMA

Eddie Alvarez: Conor McGregor is going to be a “damn good” father

With animosity in the past, Eddie Alvarez wishes Conor McGregor all the best in fatherhood 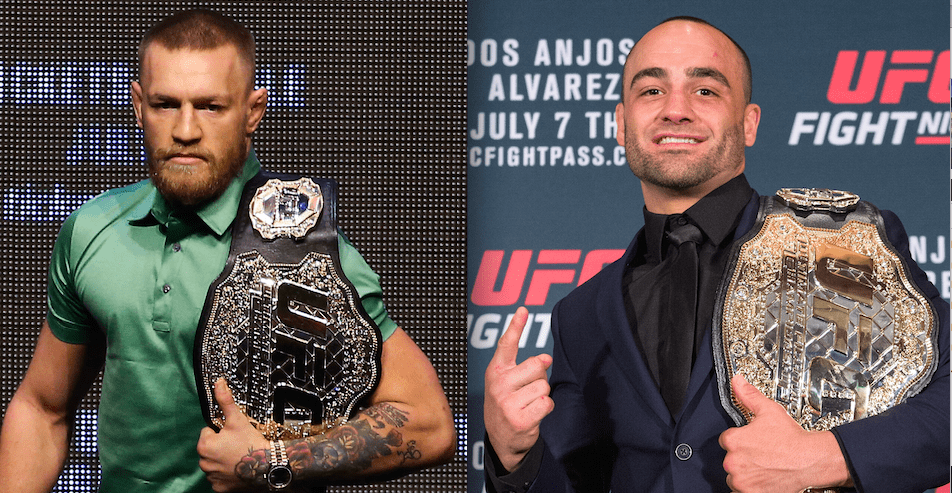 While rivalries can be fierce, and words can be harsh, there is something about the world of fighting that often brings opponents closer together.

And, despite their history, former UFC lightweight champion and father of four Eddie Alvarez is wishing his old foe Conor McGregor nothing but the best in the wake of McGregor’s recent fatherhood.

“I remember [when my first kid was born]. It’s very terrifying, because you’re just not sure how you’re gonna do. There’s no real book for it, you just gotta kind of do it an hope you’re the right person to be a dad.”

Alvarez hasn’t been in the cage since losing his championship to the Irishman back in November last year. He’ll be making his return this weekend at UFC 211 against (another old McGregor rival) Dustin Poirier.