Dustin Poirier on Jorge Masvidal: “He’s in fight shape, I know that much. This isn’t a guy who’s coming off the couch”
Press enter to begin your search
MMA

Dustin Poirier on Jorge Masvidal: “He’s in fight shape, I know that much. This isn’t a guy who’s coming off the couch”

Dustin Poirier says fans don’t need to be concerned that Jorge Masvidal will be unable to match the pace of the champion Kamaru Usman. 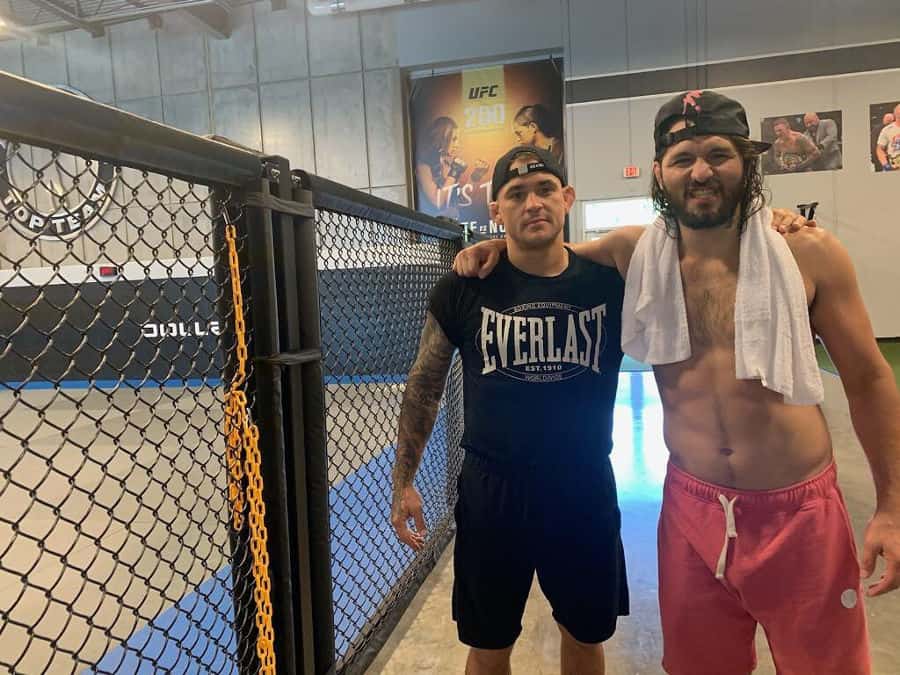 While Masvidal might be taking the bout with the champion on just six or seven days notice, Poirier says in actual fact the popular welterweight has been in the background getting ready for quite some time — even after negotiations with the UFC appeared to sour.

“It’s short notice because he didn’t have the contract signed, but let me tell you what, this guy was there my whole training camp,” Poirier said, speaking on Teddy Atlas’ podcast. “He was my main sparring partner, we probably put in 5 weeks of sparring together. He flew in wrestlers, the best wrestlers in the world. I think they put them up, the guys were just there for Jorge. Just for Masvidal to use.

“The guy never stopped training. Even when the fight fell through, and they gave it to Burns, it was at the end of my training camp, Jorge was still in the gym every day like he had a fight. I don’t know if he knew something that we didn’t, but the guy was in training camp the whole time and never stopped.

“I think he’s going to surprise people the kind of shape he’s in. His timings going to be good. He was in my camp the whole time. Helping a few guys, not just me, he was helping a few guys. He’s in fight shape, I know that much. This isn’t a guy who’s coming off the couch. This is a guy who’s been preparing to fight Usman, the fight fell through and he kept training.

“I don’t know if he had a premonition or had a feeling, but he was in the gym non-stop, so I’m excited for him. He’s a good guy and a pioneer of mixed martial arts, so it’s good to see him get that opportunity.”