Donald Cerrone vs. Jorge Masvidal set for UFC on Fox 23 in Denver
Press enter to begin your search
MMA

Donald Cerrone vs. Jorge Masvidal set for UFC on Fox 23 in Denver

At UFC 206, Donald Cerrone made it a point to repeatedly request the powers… 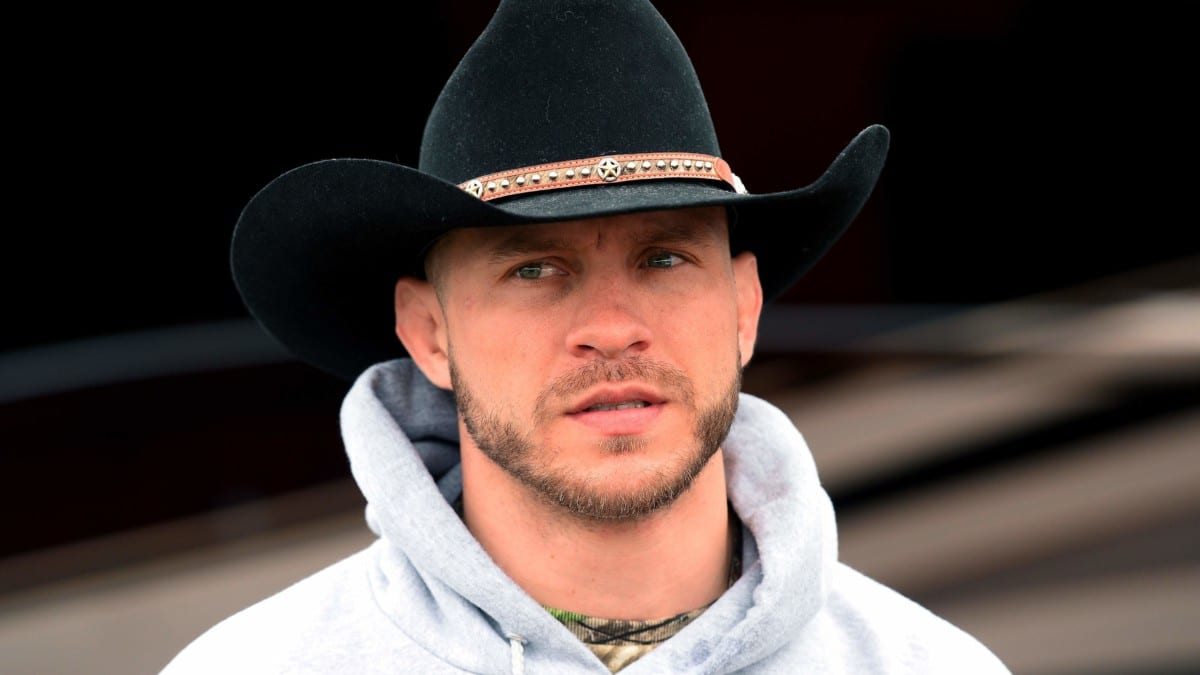 At UFC 206, Donald Cerrone made it a point to repeatedly request the powers that be to let him make a quick turnaround to fight in his hometown of Denver.

Apparently, his wish has been granted.

Reports have emerged that Cerrone is scheduled to face Jorge Masvidal in a three round bout on the under card of the event, which will be headlined by Julianna Pena and Valentina Shevchenko.

Masvidal and Cowboy have actually had increasingly frequent clashes over social media, which seems to have been the basis of the UFC’s decision.

We already called/texted/emailed wtf? You they boy. Say YES And let's do this @easymoney https://t.co/qQPJku0oVt

Man I've been doing the exact same thing. I would love to fight you in Denver. That's a fight the fans would love to see https://t.co/JGHRiVsBIU

Also announced for the card will be heavyweight veteran Andrei Arlovski facing off against young terror, Francis Ngannou.