Donald Cerrone on Diego Sanchez: “He wants this to be his ride into the sunset, and I have no problem giving it to him.”
Press enter to begin your search
MMA

Donald Cerrone on Diego Sanchez: “He wants this to be his ride into the sunset, and I have no problem giving it to him.” 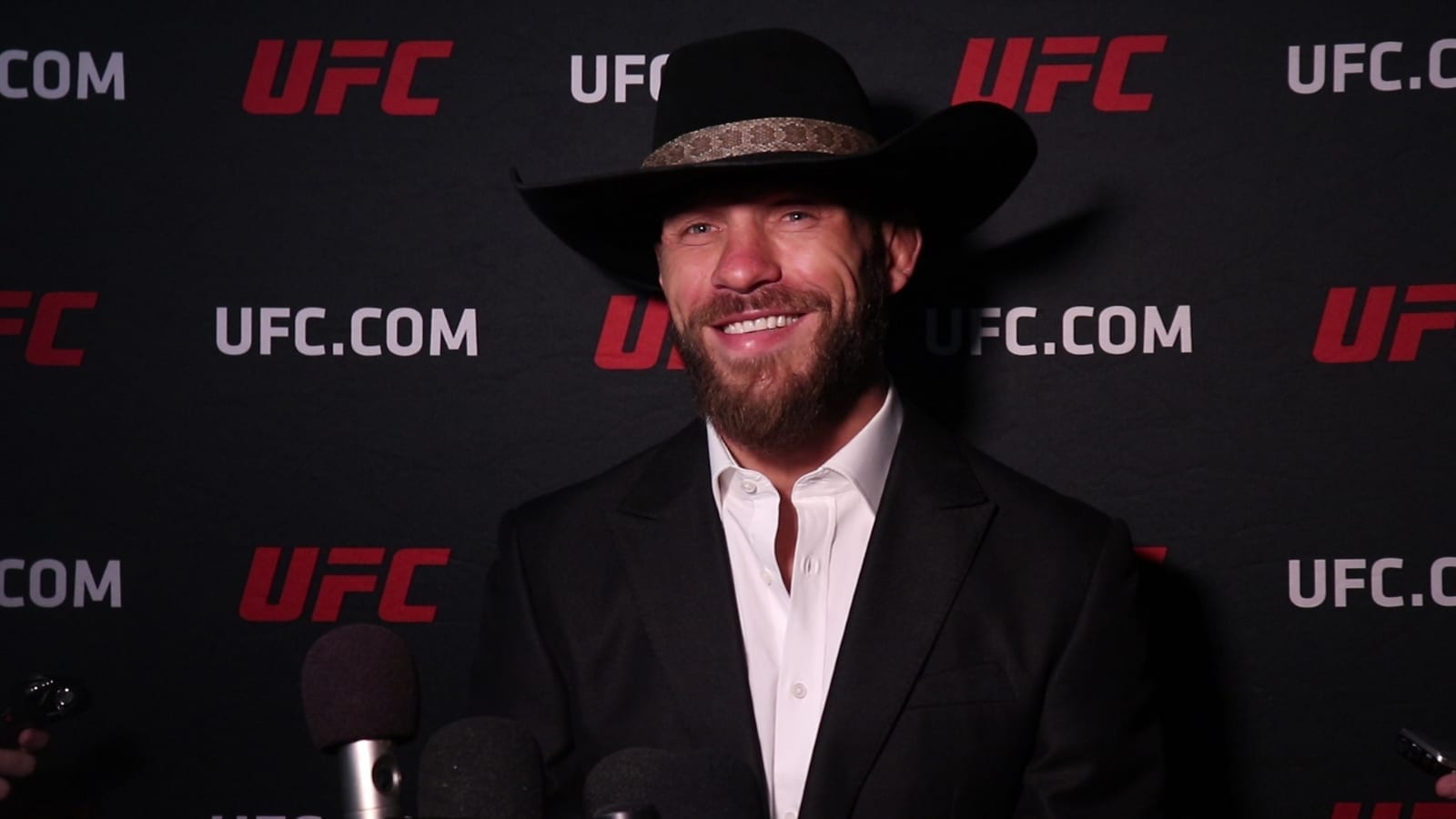 Donald Cerrone and Diego Sanchez were training partners for years, but as they prepare for a match-up that promises to be Sanchez’ last contest in the UFC, Cerrone doesn’t appear to have had any reservations in taking the fight.

In fact, Cerrone says he’s using the fight with Sanchez as a way to continue his move down to lightweight for a final run of his own.

“Everyone was booked up,” Cerrone said, speaking on his YouTube channel. “All the fights were booked. Yeah, ‘55 is what I wanted to do. Then Diego Sanchez went and, I guess, showed up to the UFC and begged and pleaded with them to make me his retirement fight. So they called me and they asked me and I said, ‘Sure’. With this fight, yeah, it is at ‘70 but that doesn’t mean I’m going to get big. I’m gonna treat it like a ‘55 fight. I’m gonna try and walk in there at ‘70- or 168. Try and be on weight, fight at ‘70 and just be ready for moving my body down to 155. That’s the plan.”

And as far as that old training relationship the pair used to have, Cerrone appears to have not forgotten Sanchez’ remarks when Cowboy walked away from their mutual gym at JacksonWink.

“He says it’s two legends going at it,” Cerrone said. “I don’t think so. He talked a lot shit when I left Jackson’s and now he did the same thing and left. It’s funny. I was just doing what I had to do. Built my own gym, trained my own people, starting making this mold which I think was the right move to do in my career and he had a lot to say about it. He said he wanted to fight me so here’s his chance. Be careful what you wish for. So yeah, this should be a fun highlight reel fight for me.”

“I’m not overlooking the kid, by no means,” he continued. “There’s areas where he could be dangerous and if I was fighting old Diego, 10 years ago, yeah, he was tough. Hard pace. I used to train with the guy, I know. … He wants this to be his ride into the sunset, and I have no problem giving it to him.”