Don Frye talks suicide attempts, health issues and being in an induced coma
Press enter to begin your search
MMA

Don Frye talks suicide attempts, health issues and being in an induced coma

While being on the mend, the UFC Hall of Famer has been having a rough time as of late. 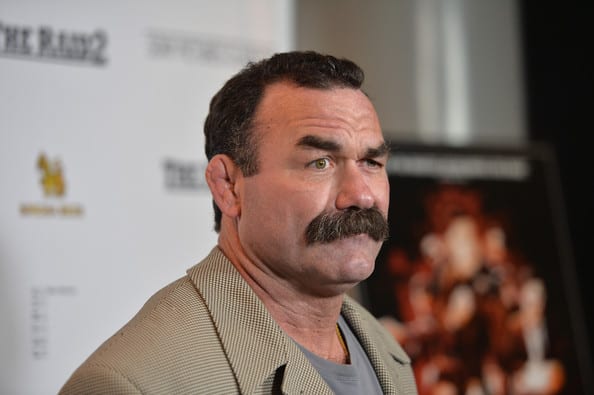 UFC Hall of Famer Don Frye has had a rough time over the past few years.

After walking around in abject misery and physical pain for nearly two years, Frye finally went to the doctor’s to be informed that he’d been living with two titanium rods stabbing him internally after snapping them in two after a previous surgery.

“I walked around for a year and a half, two years, with two broken titanium rods in my back,” Frye said, speaking on UFC Unfiltered. “I knew I was hurting, I hurt terribly and I [was living] so miserably and was in so much pain.”

To deal with the problem, the 51-year old underwent a number of surgeries, only for him to develop a brain hemorrhage and be placed into a medically induced coma.

“The first surgery was to replace them, and then I was out for three days. Then, I had a brain hemorrhage [so they] put in me into a coma. Then I was in ICU in a coma in ICU for three weeks, while they fucked with that, and I got pneumonia, and I got a spinal infection. Would have killed a normal man, but just a bad weekend for ‘The Donger’.”

Combine his health problems and back pain with a nasty divorce and the loss of his horse, which he’d owned for 24 years, and Frye hit rock bottom. Resulting, he says, in numerous attempts at suicide-by-cop.

“It changed my whole outlook,” he said. “I’m ready to go, I was ready to go before [now]. The divorce fucked me up so much, I lost everything, I tried getting the cops to shoot me two or three times. God bless them — good ole’ boys — they were fans, they knew who I was. They didn’t pull the trigger when they could have.”

And if that’s not enough, Frye says he’s not out of the woods as far as bad luck goes yet.

“I’m homeless right now,” Frye said. “So I don’t have a girlfriend, don’t have a job, don’t have a family and I got half my healthy back. So I’m halfway to one. … [I’m living] in my truck — well, as far as the ex-wife knows. Other than that, she’ll be asking for money, you know.”

But despite the adversity, the typically stoic Frye is beginning to get back on track. With two months of rest and recuperation before he can return to the gym, “The Predator” is antsy, but optimistic. Along with giving up drinking, the UFC legend believes all the conflict has given him a new perspective on things.

“Nothing ruins my day anymore,” Frye said. “Life is short, life is a gift, and it’s over in a blink of an eye so appreciate it.”