Ronda Rousey isn’t going to rule out fighting again, but clearly feels the weight of her last two outings in the UFC. 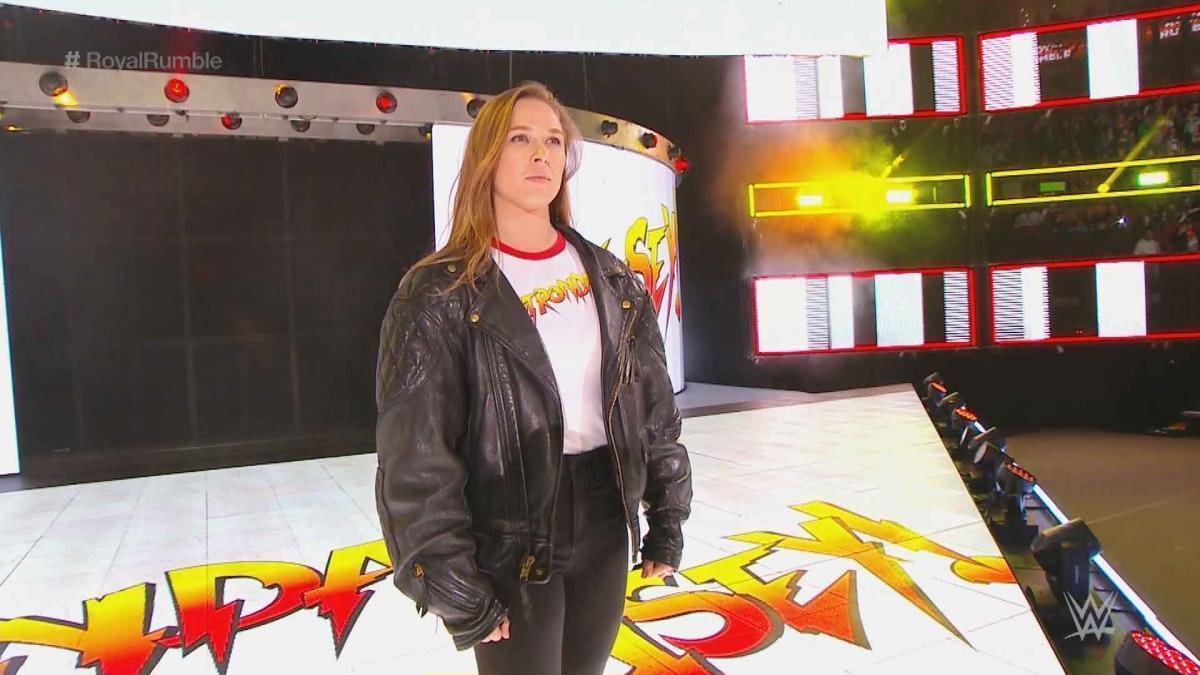 Despite UFC president Dana White emphatically stating over the past few months that his former UFC bantamweight champion was done with fighting, Rousey herself appears (at least somewhat) resistant to completely rule out a return at some point in the future.

In an interview with ESPN’s Ramona Shelburne, Rousey was asked point blank if she was completely done with mixed martial arts. While Rousey made a point to say she was focused on professional wrestling in the immediate future, she was leaving it to others to say she was done with competition.

“That’s what everybody else seems to say,” Rousey said. “I mean, I never retired from judo. So, if that’s what you guys wanna think. All I know is that I really want to devote 100% of my time to wrestling right now. And whatever people want to call that, they can call that.

“No, not really at all,” Rousey continued when asked if she had been following the sport recently. “But same thing, I can’t remember the last time I watched a judo match.”

Despite the fact she appears at least on the surface to be open to fighting again one day, Rousey clearly is still affected heavily by her last two outings into the cage.

“I think I’d just rather not talk about that right now,” Rousey said to Shelburne about her last two losses. “Winning the Olympics was the only thing I cared about as a kid, and I tried and I tried, and winning the world championships like my mum did — and I got to the finals of the world championships and I lost. And I went to two Olympics and I lost. And it’s still hard. To realise your childhood dreams are not coming true.

“And I think the only thing that really helped was finding something else to devote myself to and be successful at. I think I only was able to get passed the Olympics when I started doing MMA. I do believe there is a parallel there.