Demian Maia won… but not easily. 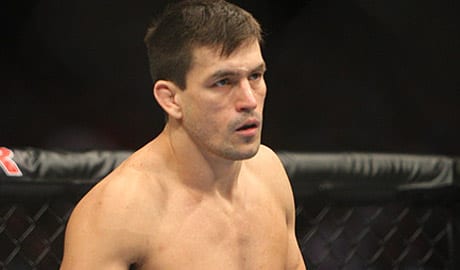 Death, taxes and Demian Maia getting your back.

While it may have been significantly tougher than his usual challenges, Maia ended up with a split-decision victory over a game Jorge Masvidal, with the judges scoring it 29-28, 28-29, 29-28.

Masvidal showed a marked superiority over Maia’s previous opponents, and gave an exceptional account of BJJ defensive work. In the end though, Maia’s ground control made its impact in the eyes of the judges, and Maia earned the win.

And, would’t you know it, post-fight Maia was confirmed as the new number one contender for Tyron Woodley’s welterweight title — a position Maia has been chasing for quite some time — by UFC president Dana White, who was sitting at ringside.