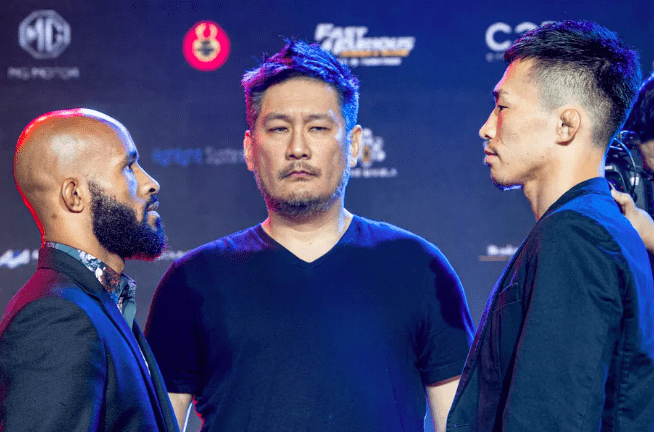 Former UFC champions Demetrious Johnson and Eddie Alvarez both earned wins in their contest under the ONE Championship banner on Friday afternoon, with both men winning to advance to the ONE Championship tournament finals at the ‘Dawn of Heroes’ event in the Philippines.

Former UFC flyweight champion ‘Mighty Mouse’ Johnson was up first and endured a tough first round against Tatsumitsu Wada, a fighter who brought a noticeable size advantage with him into the ring. Wada caused problems for Johnson early, particularly in the grappling department where he outworked Johnson early to take the American’s back — although there was little danger of submission.

Johnson got going in the second and third, using his quick in and out movement to land strikes and reassert his own dominance in the grappling exchanges as the fifteen minute time limit elapsed, with Johnson receiving the unanimous nod from the judges.

Eddie Alvarez had an entirely different type of fight. After losing his first ONE fight to Timofey Nastyukhin in March, the 35-year-old former UFC champion appeared on the precipice of another defeat as his opponent, two-time ONE champion Eduard Folayang dropped ‘The Underground King’ with an early leg kick which appeared to cause an injury to Alvarez’s left appendage.

there was some drama but Eddie Alvarez wins – HL pic.twitter.com/1VLL3PjPZ7

Folyang followed up with an intense barrage of strikes on the ground before Alvarez was able to dip into his arsenal of wrestling techniques and hit a slick reversal to sweep Folyang out of his dominant position.

From here, it was Alvarez’s fight. He soon transitioned to back mount and sunk in a rear-naked choke which coaxed a tap from his opponent at the 2:16 mark of the first round. Alvarez will face a robust challenge from the incredibly dangerous Saygid Guseyn Arslanaliev in the final, while Johnson will tangle with Danny Kingad.