Video: Darren Till TKO’s Donald Cerrone in the first round
Press enter to begin your search
MMA

Video: Darren Till TKO’s Donald Cerrone in the first round

Darren Till put himself on the map with a huge win over Donald Cerrone in Gdansk, Poland. 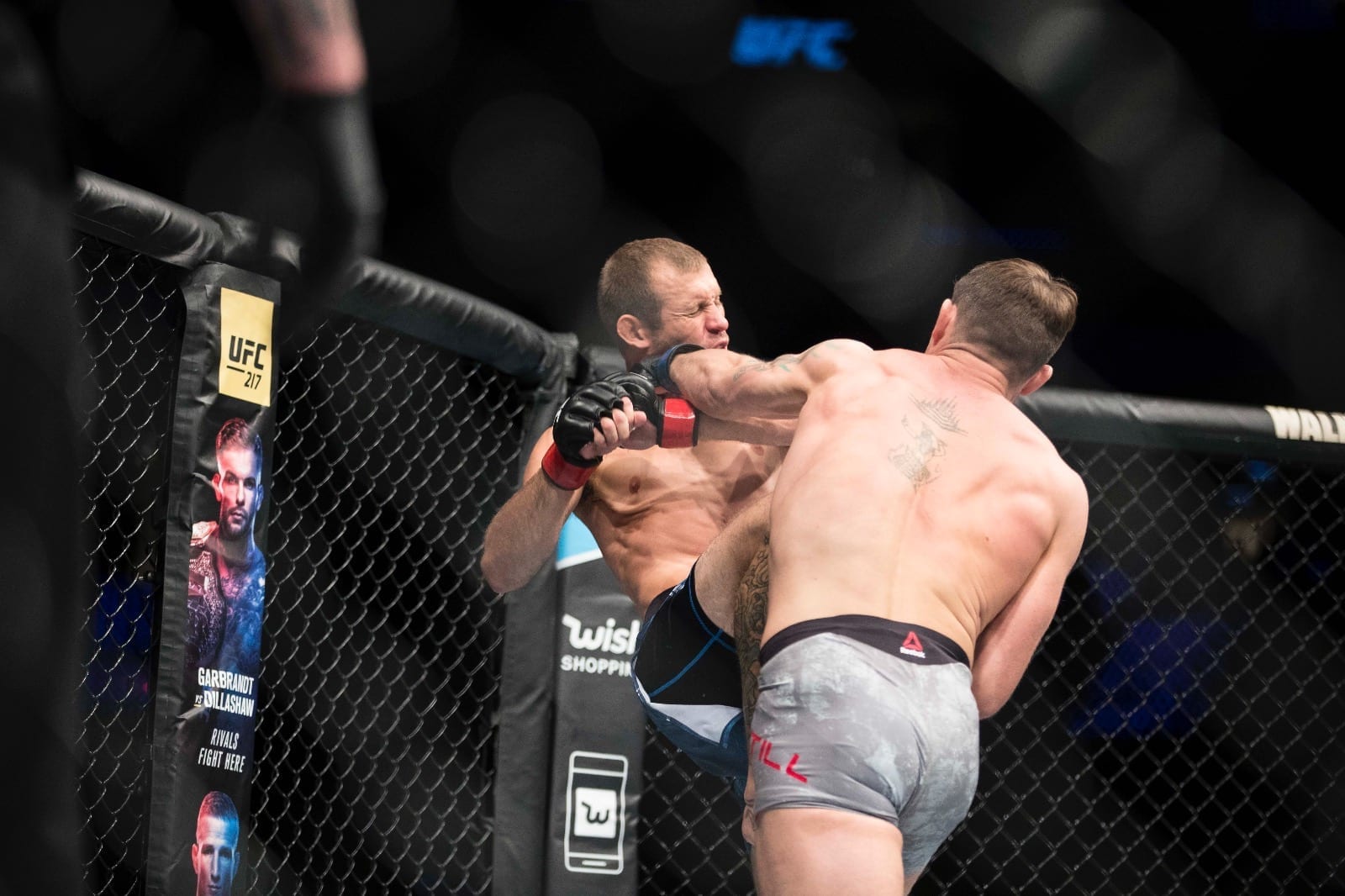 As the last few days progressed, more and more pundits seemed to come around to the idea that Darren Till was about ready to prove he belonged in the upper echelon of the welterweight division. He didn’t disappoint.

In the main event of UFC Gdansk, Till met fan favourite Donald Cerrone, and put himself firmly on the map with an emphatic performance. Taking the centre of the Octagon, Till showed — despite being only 24-years old — his exceptional ability to judge range, as well as a piston left hand that landed over and over again.

Towards the end of the first, Cerrone was overwhelmed. The Liverpudlian landed a nasty swiping elbow, which sent Cowboy back peddling, before Till followed up with a blistering series of punches that put an end to the contest.

And Till proved it wasn’t all just in-cage skill that has him pegged as one to watch. A huge factor in up-and-coming careers is an ability to shine on the microphone, which Till has a clear knack for. When asked by Dan Hardy in his post-fight interview if he had an opponent in mind for his next time out, Till wasted no time in calling out Mike Perry, who was sitting at cage side.

“I had my eye on Mike Perry,” Till said, before Perry leapt to the outside of the cage. “Me and you were meant to fight,” he added, before the two engaged in a verbal back and forth.

YES TO THIS FIGHT.

Regardless of his next contest, Till has emerged as a real one to watch at welterweight. A big man for the weight class, Till’s striking ability could prove to cause real problems for anybody he faces.