Dana White has issued a fact check or two to the producers of ‘Last Week Tonight’. 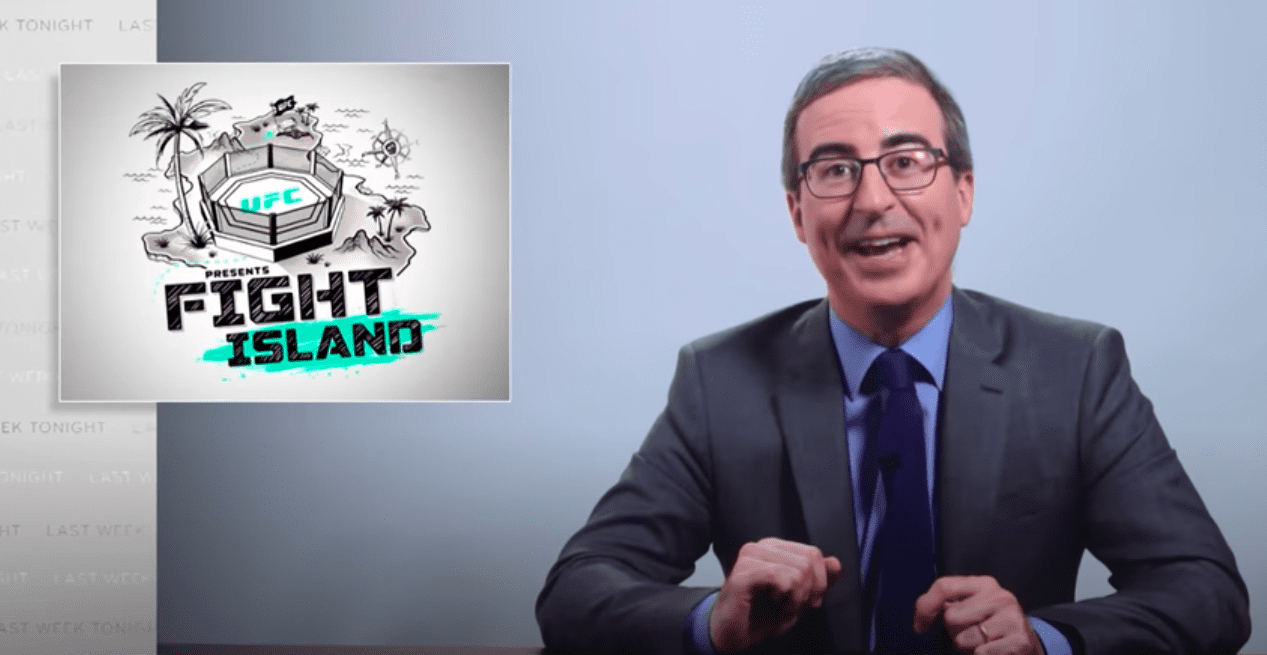 Late night satirical show HBO show ‘Last Week Tonight’ has been producing a series of Coronavirus segments across the last few months, the latest of which takes a look at the reintroduction of live sports during a pandemic — and places a focus on Dana White’s soon-to-debut ‘Fight Island’.

Very few details have been made known as to what exactly Fight Island will look like when it rolls out in June, according to Dana White, other than it being a way to book fights between American-based competitors and those from outside the country — some of whom would presumably have difficulties in entering the country.

“Now, is that a clever name? No. Is it the perfect name? Yes,”host John Oliver says on the show. “Because it’s the first thought an idiot would have if they wanted to name a private island where fights happen.

“He didn’t even go for the obvious name for an island where you stage UFC fights, which is simply ‘UF-Sea.’ “Look at me, Dana. Why didn’t you just call it ‘UF-Sea’? It’s perfect.”

The segment continued, detailing the recent UFC 249 event in Jacksonville in which the UFC implemented a series of health protocols to protect the safety of those in attendance. These tests determined that Jacare Souza and two of his cornermen had tested positive for the virus.

“Just the day before last weekend’s UFC event a fighter had to pull out after he and two of his cornermen tested positive, underscoring the fact that if you want to come back completely without risk, that’s just not possible right now.”

But this is a perfect example of how you can control the narrative by using selective facts. We did approximately 1,100 tests, only 3 were positive, it was a fighter and his 2 trainers and we had 3 events NOT 1 (via @LastWeekTonight) pic.twitter.com/h605hNnLtd

“I like John Oliver, I think he’s funny,” White wrote on social media.

“But this is a perfect example of how you can control the narrative by using selective facts. We did approximately 1,100 tests, only 3 were positive, it was a fighter and his 2 trainers and we had 3 events NOT 1.