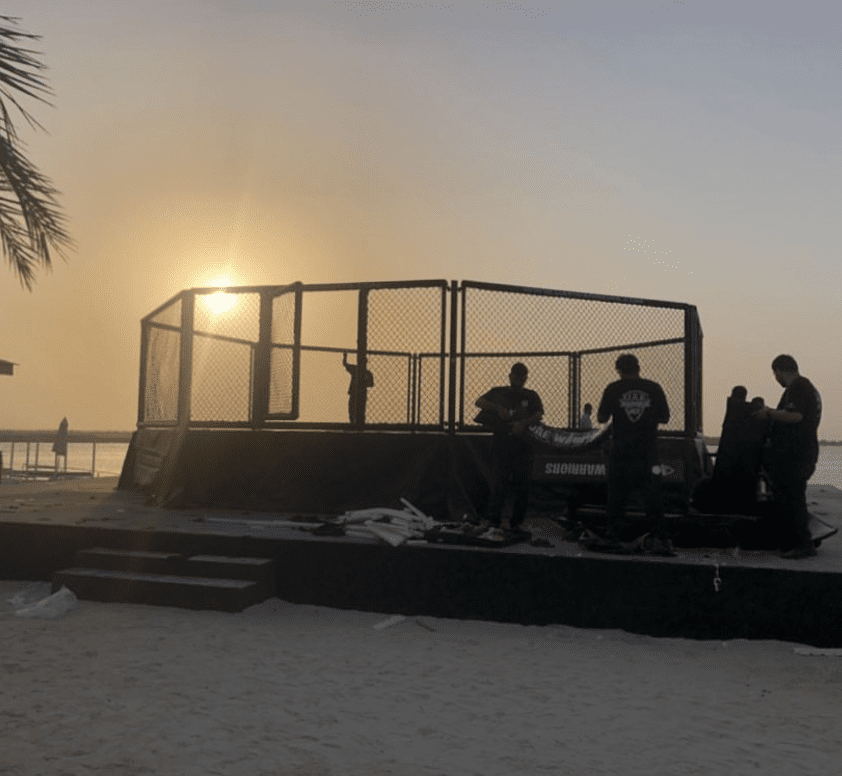 We have our first look at ‘Fight Island’.

The UFC is heading to Yas Island, Abu Dhabi for the entirety of July with four events in around three weeks after the promotion felt the need to find a place for international fighters to compete.

After the coronavirus pandemic truly set in across the globe, travel between countries was (and still remains) more difficult than the beginning of the year. In some cases, it was completely unavailable.

As such the UFC negotiated a deal with Abu Dhabi to create a safety zone in which the company could go and hold events with fighters able to enter from all over the world. Tonight on his social media, UFC president Dana White gave a small glimpse into what fans can expect, sharing a picture with the now-famous Octagon on the beach.

Fight Island kicks off with UFC 251, a stacked card headlined by Kamaru Usman vs. Gilbert Burns on July 11.