Dillian Whyte fires at “gypsy coward” Tyson Fury, who tells him “to get down on your knees and tell me you love me”
Press enter to begin your search
Boxing

Dillian Whyte fires at “gypsy coward” Tyson Fury, who tells him “to get down on your knees and tell me you love me”

Tyson Fury and Dillion Whyte just got into a heated discussion on social media. 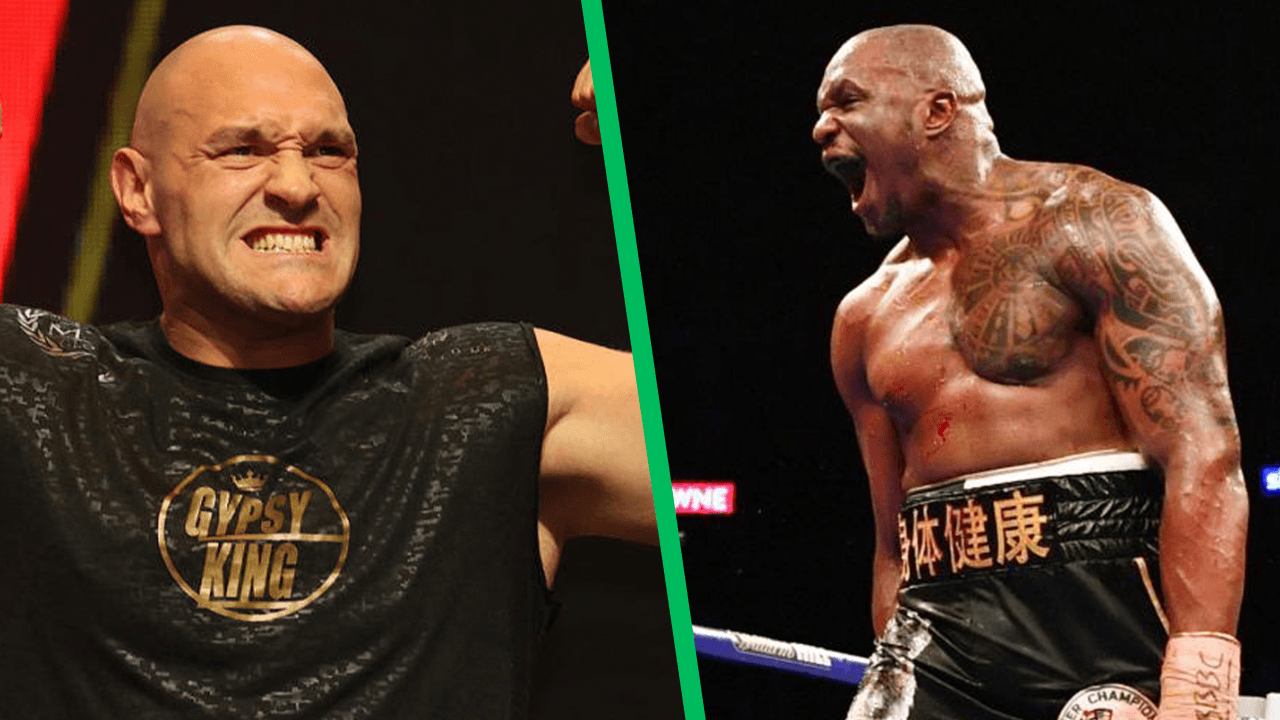 Dillian Whyte is getting increasingly frustrated with Tyson Fury and the apparent uncertainty of a title shot and claims it’s down to the champion’s fear of Whyte from sparring sessions.

Whyte has been in pursuit of the WBC world heavyweight championship for some time, and was scheduled to meet the winner of Tyson Fury vs. Deontay Wilder 3 in February of next year. Now, with talks of a fight between Fury and Anthony Joshua coming to the forefront, Whyte once again risks being on the outside looking in.

Perhaps that’s why, even though he meets Alexander Povetkin on August 22, he’s taken to social media to insult Fury and accuse him of avoiding the contest.

“Gypsy [Tyson Fury] Coward always conning the public you forget I’ve put you down lots before & watched you pathetically sobbing on the canvas you ran away last year when [WBC] ordered you to fight me anytime anywhere anyhow,” Whyte wrote.

It didn’t take long for Fury to respond and turn things into an ill-tempered back and forth.

@DillianWhyte your a mug,
Come back when u achieve something dosser, A man who had famous for getting chinned by AJ….🤣🤣🤣

@DillianWhyte in your dreams bum, listen 👂wait like a good boy & I might think about giving you a pay day only if your nice👍🏻 Until then keep fighting 40 odd year olds in eddies garden mr big time.😂🤣😉

@DillianWhyte u couldn’t drop a old faded wach never mind me, I had u many times your a shit bag no good dosser! Who’s basically begging for a payday…. get down on your knees and tell me you love me bitchhhh…,.