The UFC are trying for a fourth time to get Tony Ferguson and Khabib Nurmagomedov in the same cage. 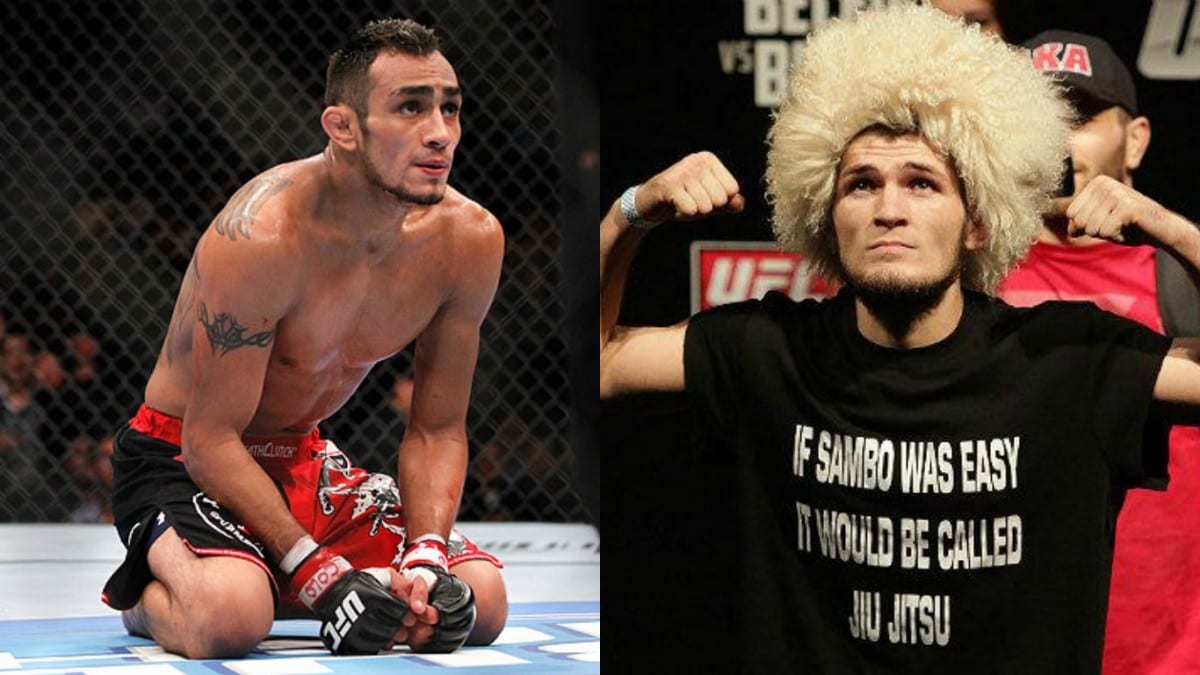 White confirmed news of the booking on the Toucher and Rich today during the UFC 220 fight week preparations in Boston.

This is the fourth time that Ferguson (23-3) and Nurmagomedov (25-0) have been paired with each other in the UFC. The first, which was set for December 2015, was cancelled owing to an injury suffered by Nurmagomedov during his preparation. A lung issue experienced by Ferguson put paid to their second booking in April 2016 and last year, in Brooklyn at UFC 209, Nurmagomedov was hospitalised after a failed weight cut on the eve of the bout.

This time around, the UFC (and MMA fans the world over) will be hoping that it will be fourth time lucky in the quest to get two of the best lightweight fighters in the world into the same cage. It must be noted that the booking hasn’t been confirmed by any official channels as of yet.

Dana White on our show confirmed that Khabib vs. Ferguson is indeed on for UFC 223 in Brooklyn. #UFC

“That fight is going to happen,” White said to the Toucher and Rich morning sports show. “It will happen.”

The undefeated Russian fighter Nurmagomedov returned from more than a year out recently, defeating Edson Barboza via lob-sided unanimous decision at the UFC’s year-end card in Las Vegas on December 30th. A variety of injuries have restricted the fighter to just nine UFC appearances in the six years since his first octagon appearance.

The winner of the April 7th bout between the two top contenders is likely to face Conor McGregor next, with the organisation’s undisputed lightweight title on the line.