Dan Hooker reacts to Dustin Poirier loss: “I got carried away having too much bloody fun”
Press enter to begin your search
MMA

Dan Hooker reacts to Dustin Poirier loss: “I got carried away having too much bloody fun”

Dan Hooker might have gone through 25 minutes of carnage with Dustin Poirier, but he can’t deny it… he enjoyed it. 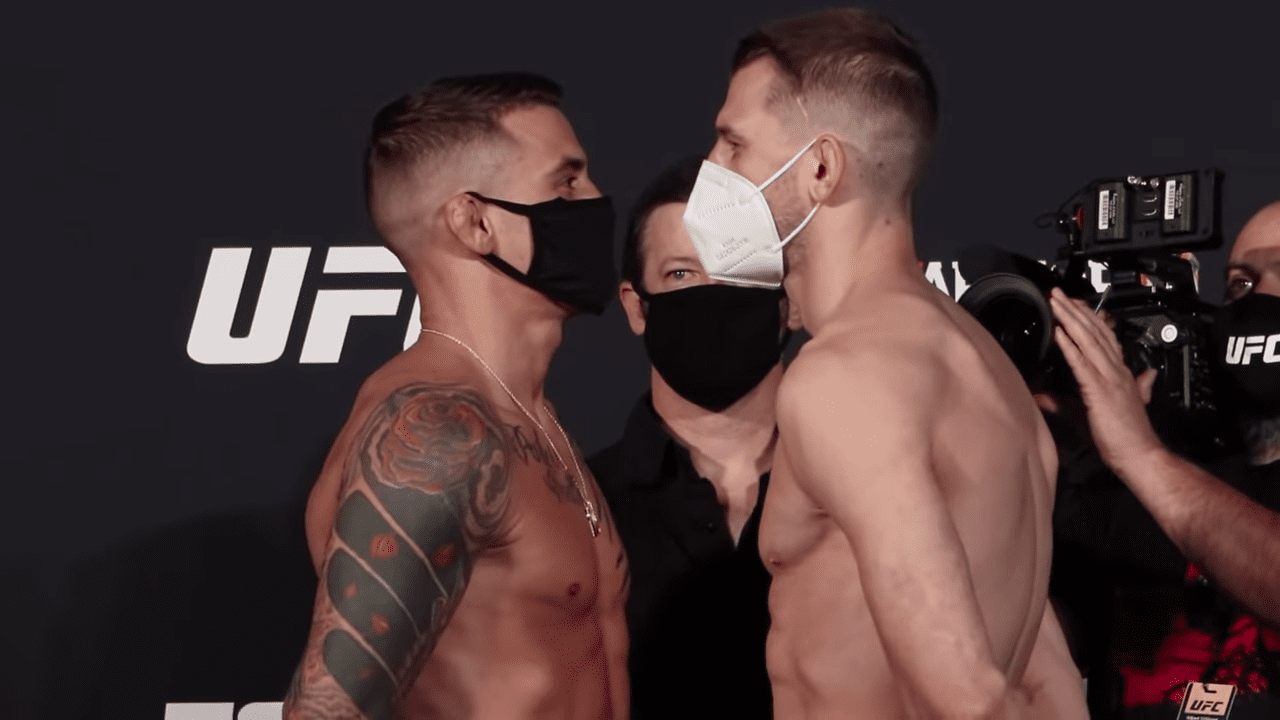 Dan Hooker went through an absolute war with Dustin Poirier, and he doesn’t regret a moment.

The New Zealander met Poirier on Saturday night in the UFC Apex where they had one of the fights of the year, as well as potentially the round of the year in their second stanza. While Poirier was able to turn it on late to pull the fight away from Hooker, Hooker maintains the experience was a positive one.

Hooker’s situation, like many in the world at the moment, was not ideal heading into the contest. With gyms across the world being closed due to the coronavirus pandemic, a lot of his training was done at home or with very few sparring partners.

Despite that, he absolutely refuses to make an excuse.

“It is what it is,” Hooker said. “You can say whatever you want under the sun but I took the fight, I signed on the dotted line and whatever circumstances you fight under, that’s what I signed up for. We almost got the job done. Spilt milk now, just move on.”