Cynthia Calvillo is in hot water. 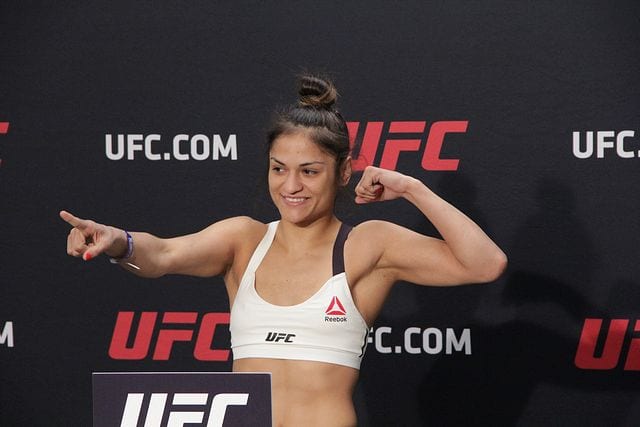 Cynthia Calvillo, a woman pointed to as a future star in the UFC strawweight division, has been notified of a potential USADA violation.

Calvillo has been informed of an infraction from an in-competition sample collected around her recent fight with Carla Esparza at UFC 219. The UFC released a statement confirming the news, writing that:

The UFC organization was notified today that the U.S. Anti-Doping Agency (USADA) informed Cynthia Calvillo of a potential Anti-Doping Policy violation involving Carboxy-Tetrahydrocannabinol (“Carboxy-THC”) which is a metabolite of marijuana and/or hashish, above the decision limit of 180 ng/mL, stemming from an in-competition sample collected in conjunction with her recent bout in Las Vegas, Nevada on December 30, 2017, UFC 219: Cyborg vs. Holm.

As is usual, USADA shall deal with the case going forth. Calvillo will also be given a judgement by the Nevada State Athletic Commission, a committee well known for it’s harsh attitude towards marijuana and fighters. That being said, there seems to have been an increasingly calmer view point on fighters using cannabis.