Curtis Blaydes says he like Tom Aspinall, and he’s not too happy about it 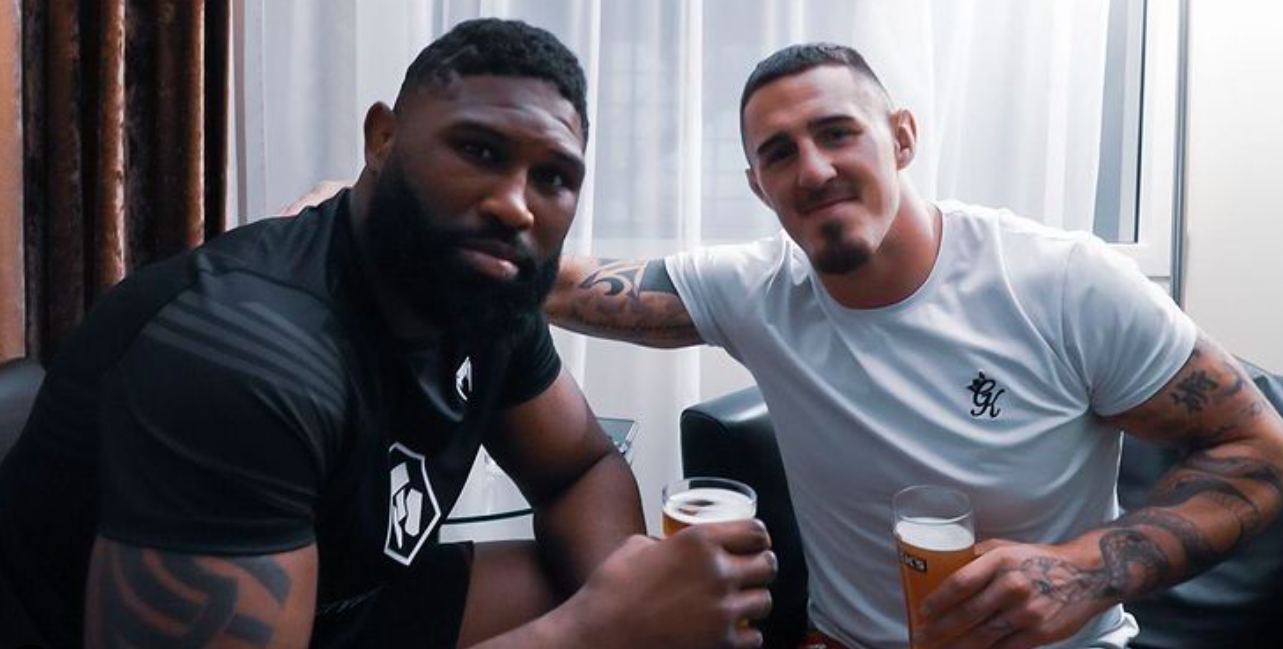 Curtis Blaydes and Tom Aspinall shared just 15 seconds in the cage on Saturday night but a good bit longer later that night.

Pictures emerged on Sunday of the two top-ranked heavyweights sharing a beer together in the fighter hotel, just hours after Aspinall suffered a potentially serious knee injury which brought a premature conclusion to the biggest fight of his life to date. And while big fights will await him down the line, it will likely be the last time we Aspinall in the cage for an extended spell — but he certainly didn’t seem to be letting the circumstances get him down, at least judging by the pictorial evidence you can see above (via Aspinall’s IG, btw).

But how did this happen? Blaydes detailed the circumstances to Ariel Helwani on Monday’s MMA Hour, via MMA Fighting.

“Random,” Blaydes explained. “I was in my room, obviously we’re in the same hotel. My dad, I guess he was in the lobby downstairs at one of the bars in the lobby area. He was down there, and he bumped into Aspinall’s dad, and my dad is a talker. He’ll make friends with anybody. He’ll be your best friend if you guys have a drink.

“So I guess he got to talking, and then my dad walked into my room and was like, ‘Hey, let’s go up to Aspinall’s room. He wants to have a drink with you.’ So I was like, ‘OK, I’m down.’ So then we go up there, and they’re really nice. The whole Aspinall [crew], his whole squad, his dad, his uncle, everyone, even the women. Everyone was super nice, super cool.

“We were up there for like an hour. A good, solid hour. They were nice guys, and the atmosphere was very friendly, very inviting.”

Some fighters would struggle to handle what looks to be a serious injury. Not Aspinall, Blaydes said.

But Blaydes added that his visit to Aspinall’s hotel room might have had one unexpected consequence: he likes him.