Cris Cyborg says she has accepted a contest with Amanda Nunes. 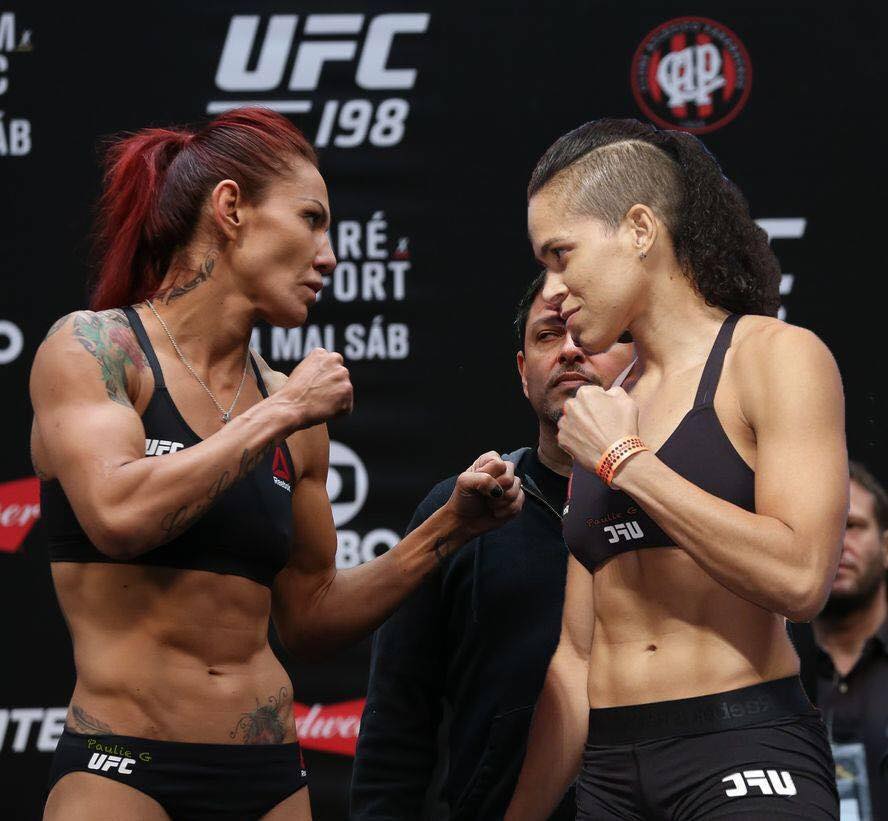 It seems we are set to see Cris Cyborg vs. Amanda Nunes after all.

For the past couple of weeks, Cyborg, Nunes and the UFC have been in a back and forth over whether or not Cyborg would defend her UFC women’s featherweight title against Nunes, the UFC women’s bantamweight champion.

For the most part, Cyborg has expressed her preference to defend her title against a legitimate 145-pound challenger so as she can help build the division and ensure its survival after she retires. Now, however, it seems she has accepted the fan desired champion vs. champion bout.

“I have agreed to fight Amanda Nunes Leoa July 7th in Las Vegas as part of #UFC226 and#InternationalFightWeek,” Cyborg wrote in a post to her Facebook. “I am now waiting for my manager to work with the UFC on a bout agreement so we can make #CyborgVNunes#TheSuperFight official. #CyborgNation us versus them!”

While Cyborg had said she would rather not compete against Nunes, last week on MMAFighting’s The MMA Hour, she did mention how she would agree to the bout if the UFC put it on a stacked card. This year, July 7 would be the Saturday of International Fight Week, an event the UFC traditionally build heavily.

That being said, perhaps it’s not as simple as all that. Shortly after Cyborg’s statement broke, Nunes’ girlfriend (and fellow UFC fighter) Nina Ansaroff denied the fight’s existence.

I think I would know if she said that. 🤷🏻‍♀️

That was just an interview saying she would fight u anywhere, doesn’t matter. Nothing was offered on when and where.

Perhaps there’s more to this one yet, folks.