With Cormier vs. Lewis set for UFC 230, Shevchenko vs. Jedrzejczyk returns to UFC 231 — leaving Sijara Eubanks in the cold
Press enter to begin your search
MMA

With Cormier vs. Lewis set for UFC 230, Shevchenko vs. Jedrzejczyk returns to UFC 231 — leaving Sijara Eubanks in the cold

Valentina Shevchenko vs. Joanna Jedrzejczyk is back — much to the chagrin of Eubanks. 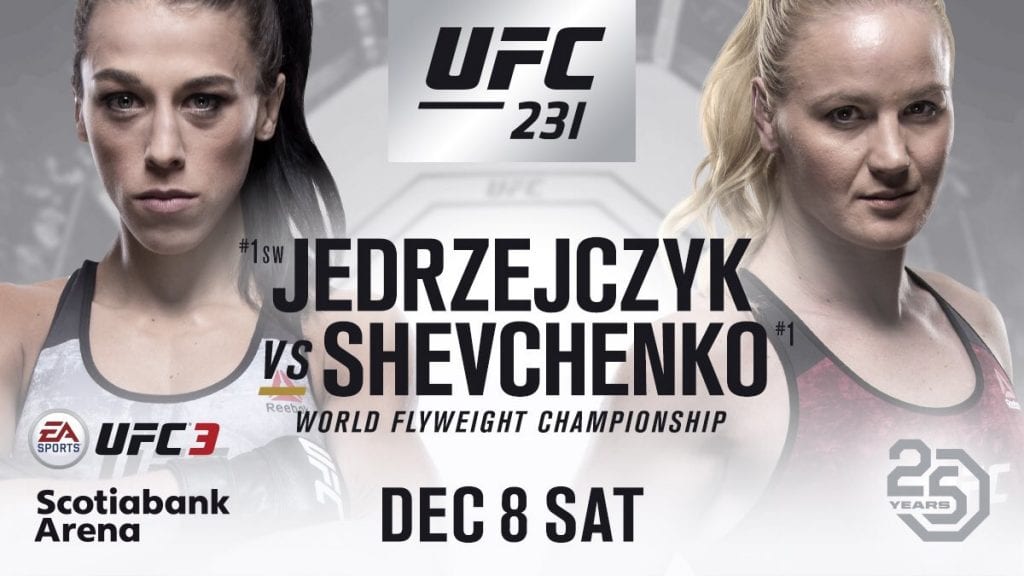 Today, the UFC revealed a heavyweight title contest between Daniel Cormier vs. Derrick Lewis has been agreed on to headline UFC 230 in New York.

The new fight, a surprise in itself, replaces the previously announced main event between Valentina Shevchenko and Sijara Eubanks for the vacant women’s flyweight title — something which came to be after the UFC scrapped a Shevchenko vs. Jedrzejczyk fight from UFC 231.

With Cormier vs. Lewis now on the card, and Shevchenko vs. Jedrzejczyk returning to reality, Eubanks finds herself on the outside looking in, having gone from title contender to unbooked in less than an hour.

Naturally, she was less than impressed with the news.

Put me under card. Put me co main. I don’t care. But put me in for the Flyweight title shot! @danawhite @Mickmaynard2 IVE EARNED MY SHOT. THIS IS MY TIME. Quit running this thing like a circus

This is my life you’re playing with @danawhite @Mickmaynard2

I run this division. Fuck you

Ironically, Eubanks finds herself in the same position as Jedrzejczyk did just days ago, who was publicly displeased after a signed contract with the UFC — for the very same vacant title — was ignored in favour of immediate convenience.