Conor McGregor vs. Dustin Poirier: What the betting odds tell us about Saturday’s UFC 257 main event
Press enter to begin your search
MMA

Conor McGregor vs. Dustin Poirier: What the betting odds tell us about Saturday’s UFC 257 main event

Where are the bookies’ leaning ahead of this weekend’s UFC 257 main event? 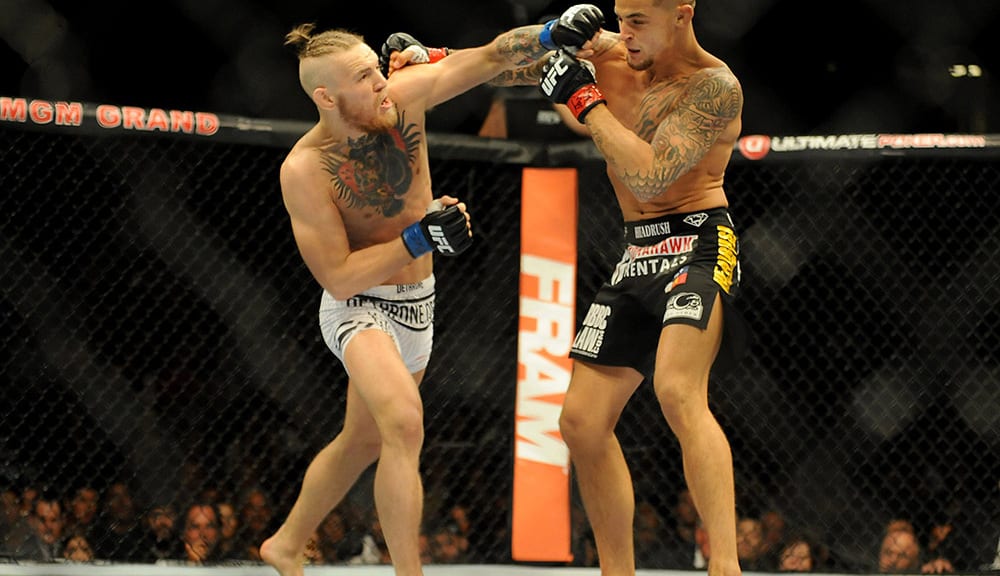 We are just hours away from Conor McGregor’s first lightweight contest in around two and a half years where he will take on Dustin Poirier for the second time in the headliner of this weekend’s UFC 257 card from Abu Dhabi.

The fight comes six years after their first meeting, a fight which McGregor won by first-round TKO. ‘Mystic Mac’ has once again predicted a swift finish, saying that it is likely he will get Poirier out of there in the first 60 seconds of the fight, but what do the betting odds say is the most likely outcome of the highly-anticipated scrap?

Both fighters come into the fight in vastly different positions compared to their first meeting at UFC 178 all those years ago. For McGregor, the win against Poirier was another step on his path to what would eventually become two sequential world titles in two weight divisions — accolades which marked the Irishman out as a global sports superstar.

Poirier’s fortunes improved from that first fight, too. He moved to the lightweight division shortly after his loss to McGregor and eventually worked his way up to claim the interim lightweight championship in an enthralling bout with then-featherweight king Max Holloway.

But according to betting partner Parimatch, where is the smart money going this weekend? McGregor, they say, is almost three times more likely to have his hand raised at the conclusion of the fight, and if his prediction of a first round finish comes true you will have got odds (as of Friday) of 2.70. For McGregor to win by stoppage at any point in the fight, you will get odds of 1.54 and if you think he will win by unanimous decision, you can get odds of 11.00 on that.

You can check out all of the various permutations for UFC 257 by following this link.