Conor McGregor talks retirement: “There’s just no buzz for me” 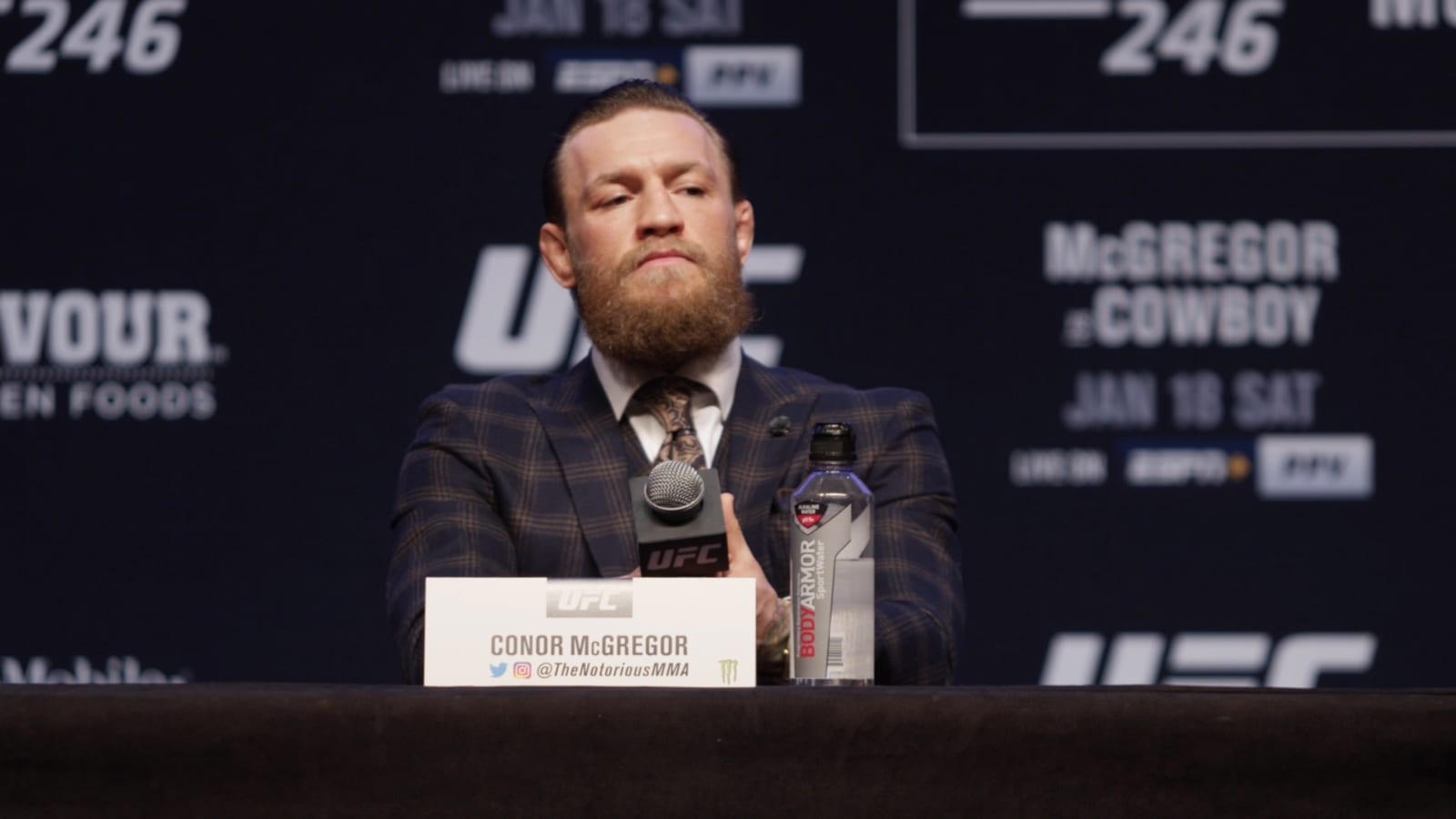 Conor McGregor has announced his retirement, and he says it comes from a lack of excitement in the world of MMA.

The Irishman made the stunning announcement tonight, taking to twitter to say he was walking away from the combat sport. Following that, he spoke to Ariel Helwani of ESPN to expand on his feelings and decisions.

“The game just does not excite me, and that’s that,” McGregor said, speaking to ESPN. “All this waiting around. There’s nothing happening. I’m going through opponent options, and there’s nothing really there at the minute. There’s nothing that’s exciting me.

“They should have just kept the ball rolling. I mean, why are they pushing [Khabib Nurmagomedov vs. Justin Gaethje] back to September? You know what’s going to happen in September, something else is going to happen in September, and that’s not going to happen. I laid out a plan and a method that was the right move, the right methods to go with. And they always want to balk at that and not make it happen or just drag it on. Whatever I say, they want to go against it to show some kind of power. They should have just done the fight — me and Justin for the interim title — and just kept the ball rolling.”

Hey guys I’ve decided to retire from fighting.
Thank you all for the amazing memories! What a ride it’s been!
Here is a picture of myself and my mother in Las Vegas post one of my World title wins!
Pick the home of your dreams Mags I love you!
Whatever you desire it’s yours ❤️ pic.twitter.com/Dh4ijsZacZ

McGregor last fought in January, defeating Donald Cerrone in under a minute in a spectacular return to action.

Despite that, McGregor can’t currently see reason to continue.

“I’m a bit bored of the game,” said McGregor. “I’m here watching the fight. I watched the last show — the Woodley-Burns show — I watched the show tonight. I’m just not excited about the game, Ariel. I don’t know if it’s no crowd. I don’t know what it is. There’s just no buzz for me.

“I had my goals, my plans, the season. I had everything laid out. Obviously the world has gone bleeding bonkers at the minute. There’s fuck all happening at the minute. They want to throw me up and down weights and offer me stupid fights. I don’t really give a fuck. I’m over it.”

Even with the recent challenge from Anderson Silva, McGregor says the UFC’s reluctance to make the contest has him jaded.

“There’s nothing there for me,” McGregor said. “I’m trying to get excited. I’m trying my best. And when the Anderson one came along, I was like, yeah, shit, that’s a mad fight. And then everyone said he’s old and over the hill. I was, like, What? Fighting a former light heavyweight and the middleweight GOAT, and the actual GOAT in my eyes, that’s not a rewardable fight? And you know, you’re actually right. It wouldn’t be rewarded. I would go in there and put him away, Ariel, and then what would happen? They’d say he’s old and he’s over the hill and he’s past his prime and all.”